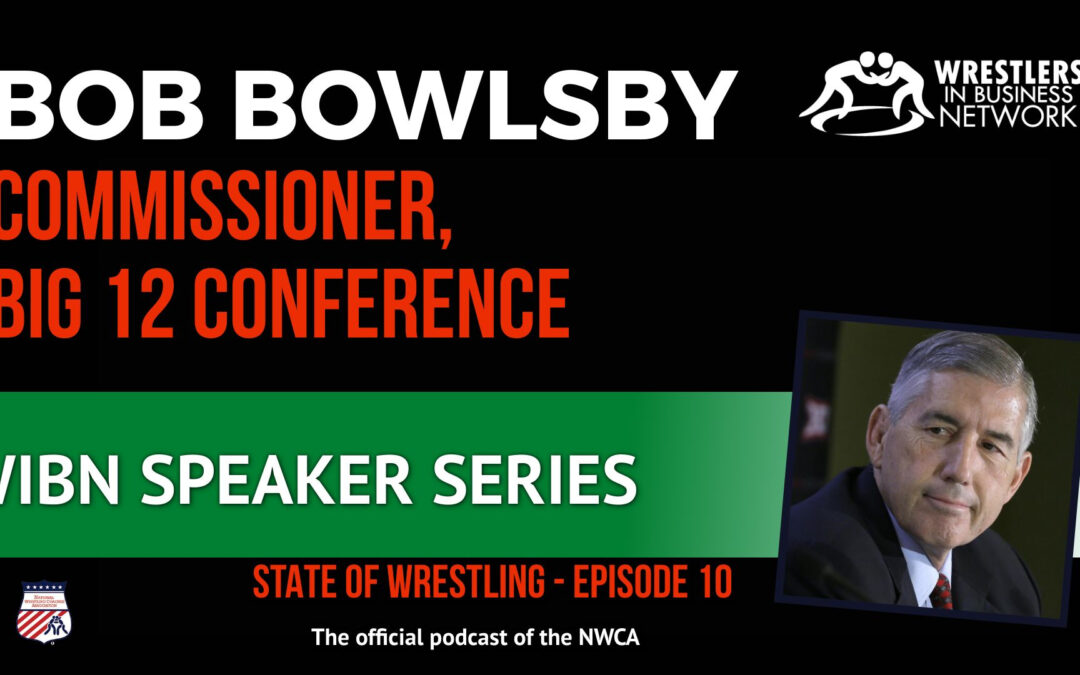 Bob Bowlsby has been the Commissioner of the Big 12 Conference since 2012. A native of Waterloo, Iowa, Bowlsby wrestled at Minnesota State Moorhead as a college athlete before getting into the world of college athletics administration. After leaving Moorhead, he took a job in athletics at Northern Iowa before ascending to the role of Athletics Director. He left UNI to take the same job at the University of Iowa. At Iowa, Bowlsby led the Hawkeyes athletic programs for 16 seasons, overseeing the merger of the men’s and women’s departments into one cohesive system.

In 2006, Bowlsby headed to Stanford, where he was the Athletics Director for until he left for the Big 12 in 2012.

Bowlsby will discuss his career and what it takes to lead a team, work with differing factions that pull decisions in every direction, trusting your team before diving into the landscape of college sports and the health of Division I wrestling.