Cody Cleveland talks about The Citadel and his coaching background – The MatBoss Podcast Ep. 57 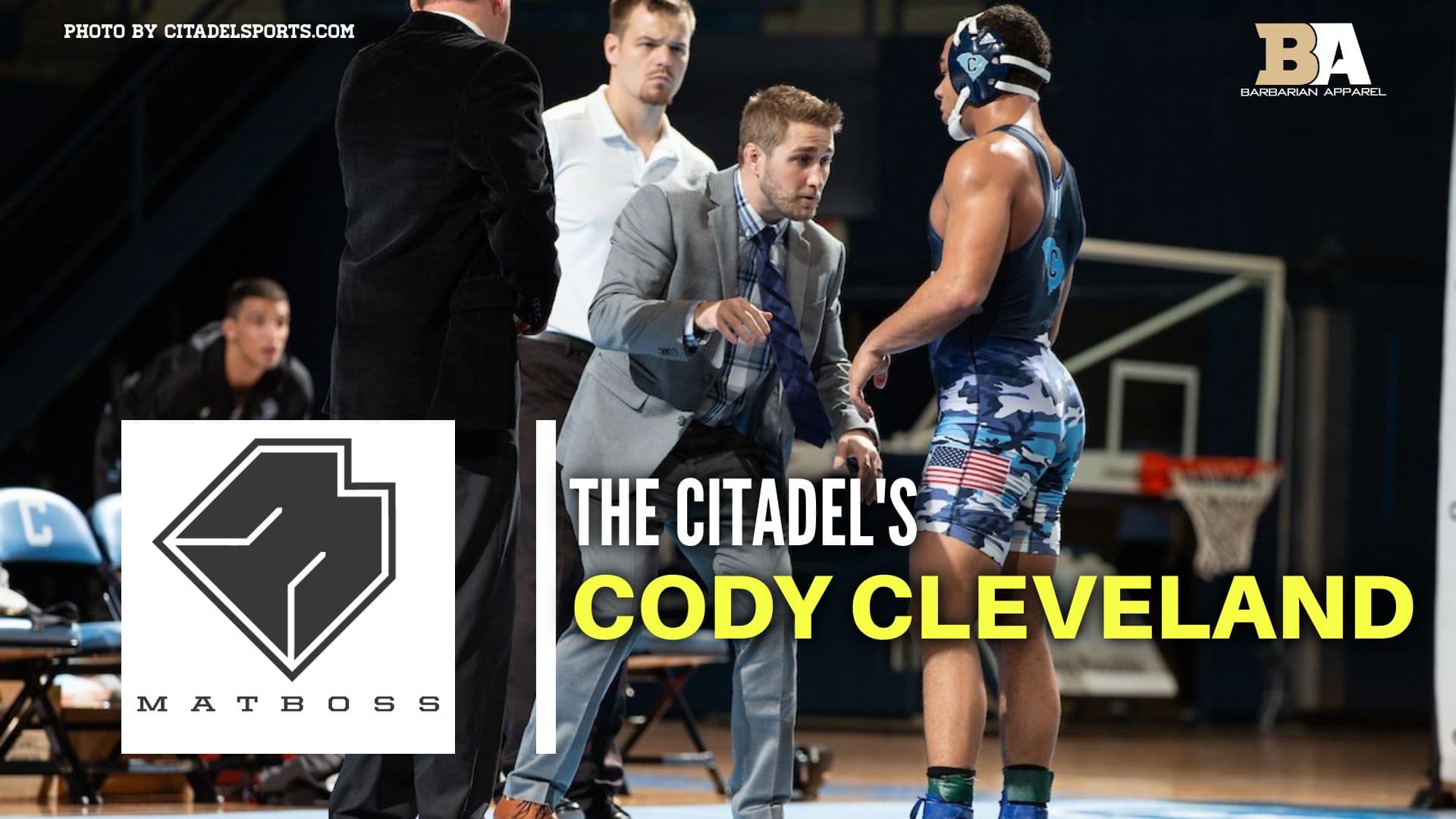 Cody Cleveland, an All-American at Chattanooga and an assistant coach at The Citadel joins host Chad Dennis on Episode 57 of The MatBoss Podcast. Cleveland talks about his experiences coming from coaching at the high school level and moving into the college ranks, first at the Naval Academy and then at The Citadel, the Military College of South Carolina.

Cleveland touches on the coaching opening at The Citadel after Rob Hjerling’s contract was not renewed and the beginnings of his coaching journey and what he learned from his coaches as an athlete that he’s been able to instill in his athletes as a coach. Cleveland also explains how The Citadel fits into the nation’s armed forces.