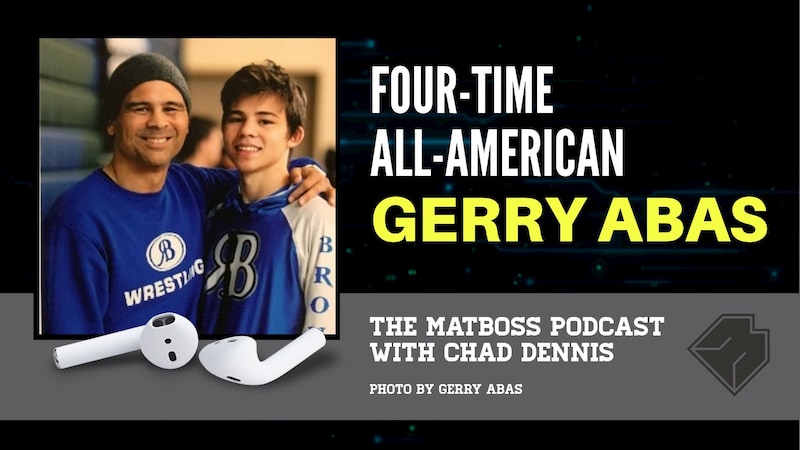 Episode 34 of The MatBoss Podcast is with four-time All-American and three-time NCAA Division I finalist Gerry Abas of Fresno State. Abas talks about his start in wrestling in the Bay Area and how his speed, quickness and flash on the wrestling mat had its foundations in breakdancing in the 1980s.

Abas talks about his classic match and loss to Iowa's Lincoln McIlravy, coaching his younger brother Stephen at Fresno State, watching the school drop the program and his feelings about it at the time. Abas also talks about his son Jaden and what we can expect from him on the next level.