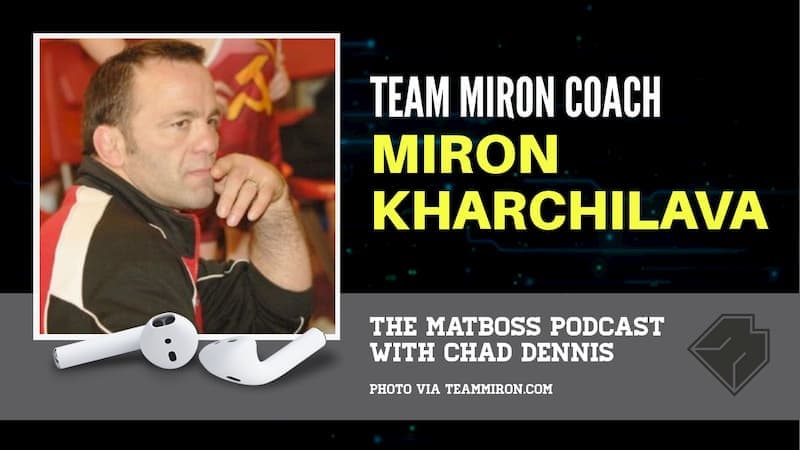 Miron Kharchilava, founder of Team Miron, joins Chad Dennis on Episode 31 of The MatBoss Podcast. Much of this episode's discussion centers around how Miron got to the United States, his upbringing and depictions of life in the Soviet Union before and after the breakup. He also talks about his son, Carson Kharchla, the nation's top-ranked recruit for the Class of 2019.

Miron will also talk about his time wrestling collegiately in the U.S. after spending time on the Soviet national team and his philosophy of being a state champion in life, not just on the mat.