Speaking up with Dr. Airron Richardson – The MatBoss Podcast Ep. 59 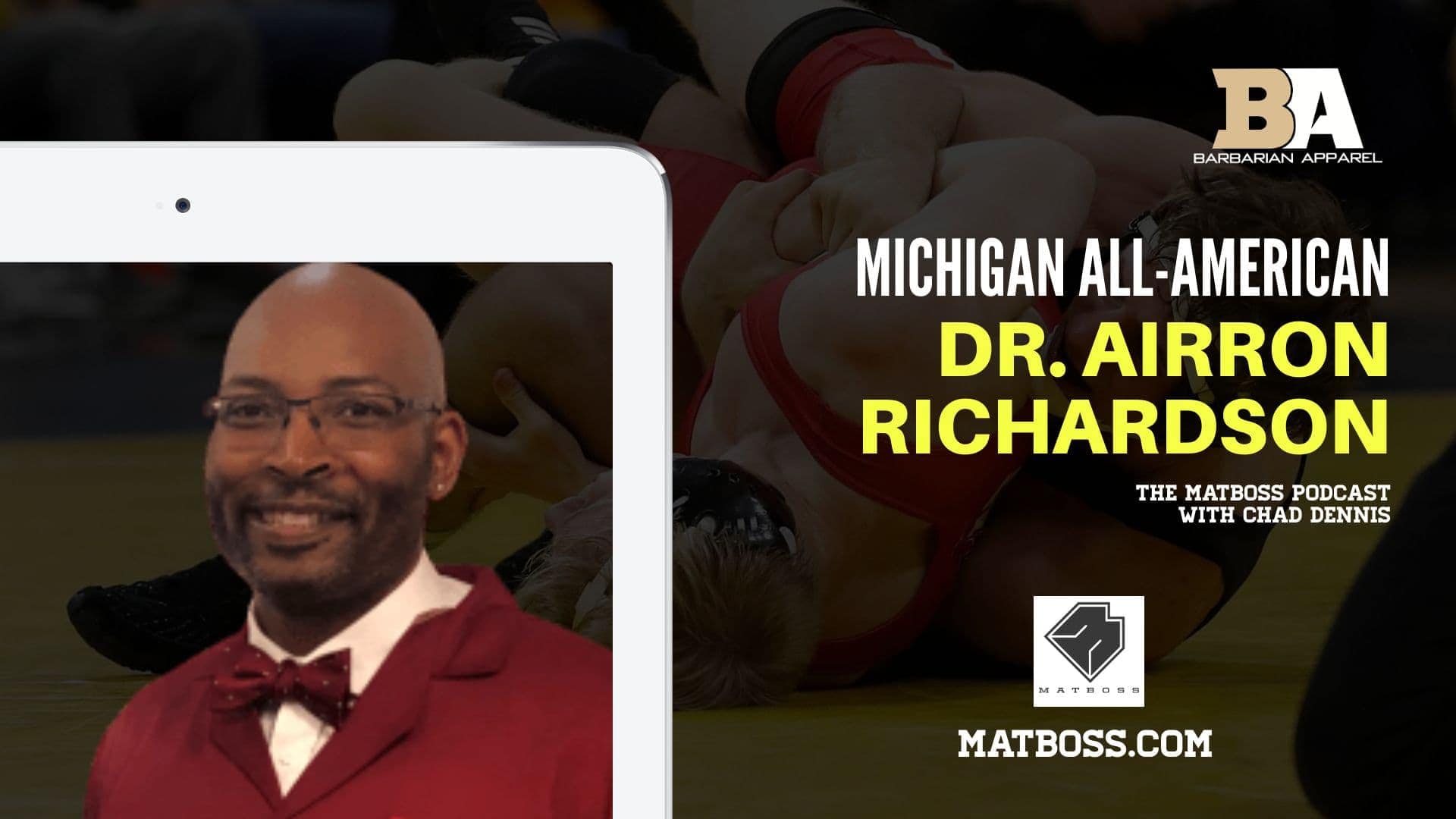 A two-time All-American at Michigan, Dr. Airron Richardson has quite a dynamic background. The Ohio native started his collegiate career playing football at Morehouse, a historically black college in Georgia. A chance appearance as a spectator at a wrestling tournament brought Richardson to Michigan.

Richardson went into the medical profession, and recently with a group of other African-American doctors, opened up the first black-owned urgent care facilities in Chicago. Richardson has recently been in the news speaking up about the sexual abuse allegations against former Michigan doctor Robert E. Anderson.

Richardson also talks about his battles with Tolly Thompson, Kerry McCoy and Shelton Benjamin during his college career as well as the current state of affairs for African Americans.