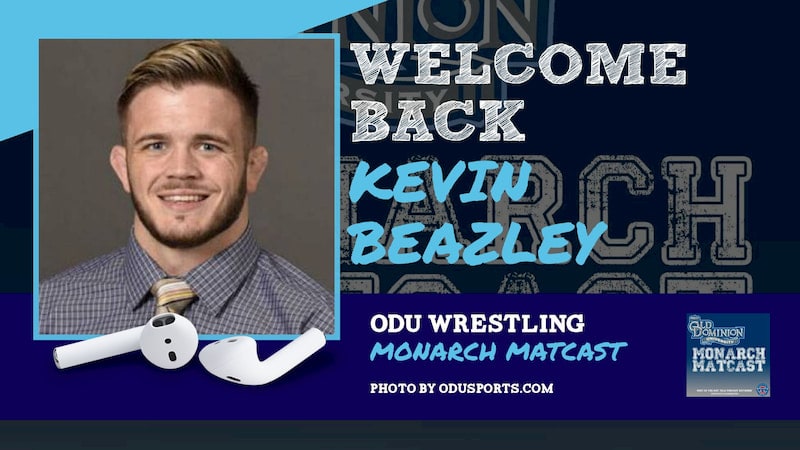 Episode 64 of the ODU Wrestling Monarch Matcast visits with one of the newest members of the wrestling coaching staff, 2017 NCAA Division I All-American Kevin Beazley. The former 197-pounder returns to the area after competing at the University of Michigan for his final year of eligibility and working towards his master's degree. An injury derailed his last run at the NCAA championships in 2018 for Michigan, but now Beazley turns his focus to coaching.

Beazley will talk about the outgoing coaches some, specifically former teammate Chris Mecate, and he'll also explain his relationship with the other new member of the staff, Steve Bleise.

We also point out the one time former coach Mike Dixon ate an entire trashcan lid of nachos at what used to be O'Sullivan's Wharf.