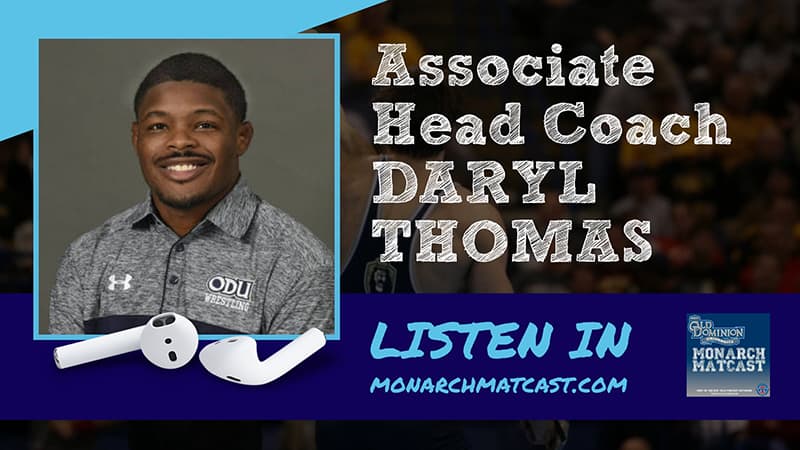 Daryl Thomas returns to the ODU Wrestling Monarch Matcast just days before he's getting married. It's been a hectic schedule for Thomas, who is entering his second year on staff and first as the Associate Head Coach, a promotion he received over the summer.

On Episode 52, Thomas talks about how the transition has been and what he learned from outgoing assistant Mike Dixon, who took a job at his alma mater at Indiana, and the process of how he helped bring a former teammate, Steven Rodrigues, on staff in Norfolk.

Thomas will also talk about the Illinois performance in Fargo at the Cadet & Junior Nationals and how that pipeline to Norfolk is an easier transition for some since Thomas is also an Illinois native. We get some insight on who's set to break out in 2018-19 and some thoughts on one of the newest Monarchs, All-American transfer Sa'Derian Perry.