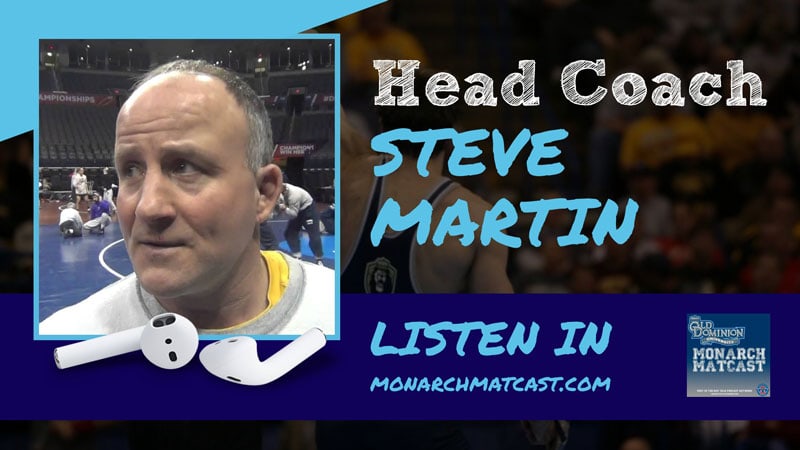 Coach Steve Martin talks about the recent departure of his longtime assistant Mike Dixon as we introduce a new school year in Norfolk for Episode 53 of the ODU Wrestling Monarch Matcast. Coach Martin talks about how Dixon found his way to Norfolk and some of the stories that go with it, as well as the promotion of Daryl Thomas and hiring of Steven Rodrigues.

We'll also dive into some of the scheduling, events and the layout of the MAC with Eastern Michigan dropping the sport and SIU Edwardsville coming into the conference as well as the impact EMU transfer Sa'Derian Perry might have on the program.