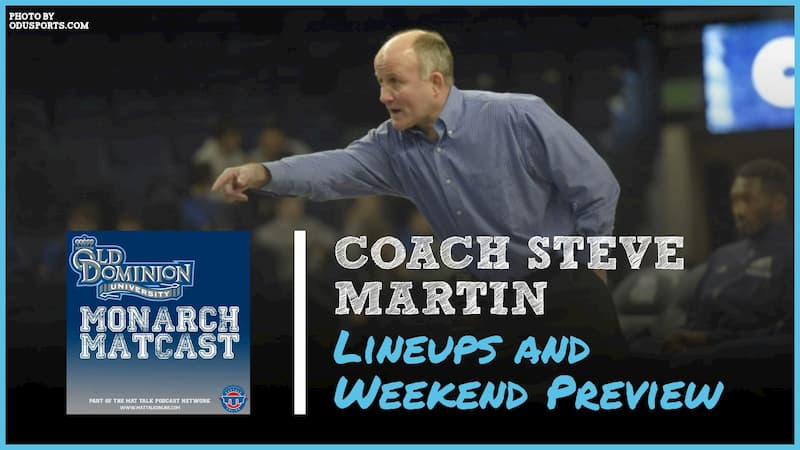 Wrestling season is here and on Episode 67 of the ODU Wrestling Monarch Matcast, we catch up with ODU head wrestling coach Steve Martin and look at the lineup we expect to see on the mat this year.

The entire squad will head down to Charleston, South Carolina and compete at The Battle at The Citadel and compete for starting spots, since not everything was determined at the recent Blue-Silver intrasquad.

Coach Martin also talks about the ranked teams on the schedule, as No. 25 Old Dominion will face seven teams currently ranked in the NWCA Division I Coaches Poll. The squad also comes in ranked second in the MAC as the MAC Coaches Rankings were released recently.

And remember Monarch Fans, like Jamie Kelly said, be your best.