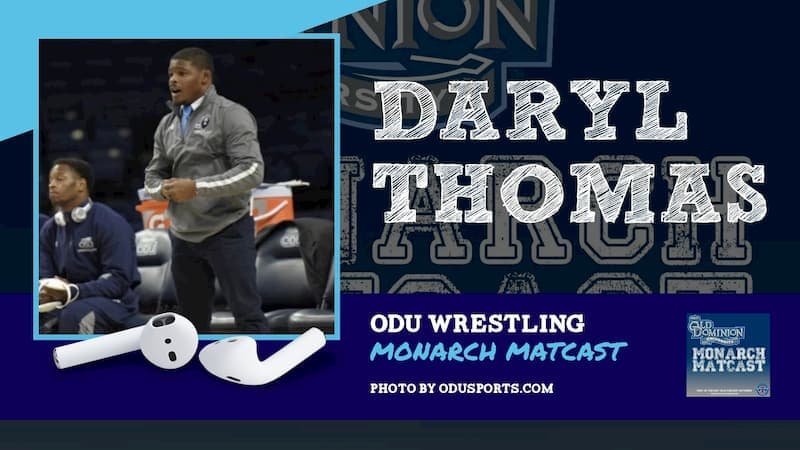 Episode 63 of the ODU Wrestling Monarch Matcast is live with Associate head coach Daryl Thomas. Coach Thomas gives Monarch Nation a recap of the postseason lineup after an All-American finish by Larry Early and a Round of 12 finish by Michael McGee. Sa'Derian Perry also qualified for the NCAA championships.

We'll also quickly discuss the ODU wrestling golf outing set for May 3 at Sewell's Point as well as the academic accolades the wrestling program has received over the past few weeks. Coach Thomas will also explain the scheduling component with the MAC-EWL merger.