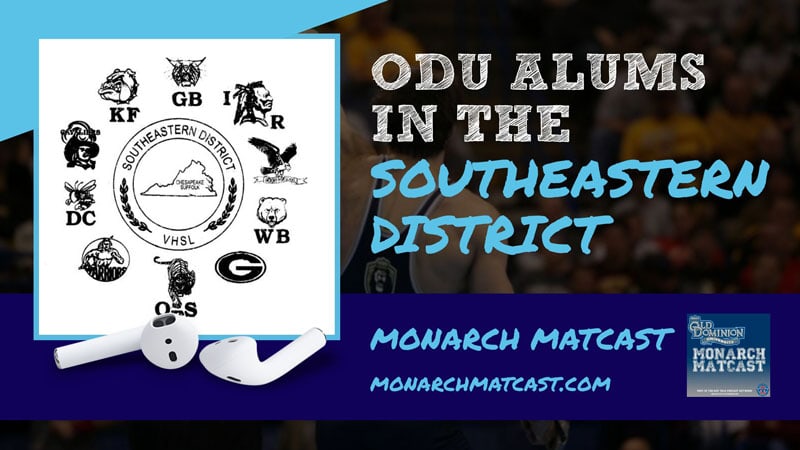 There were a number of Old Dominion wrestling alumni coaching at the 2019 Virginia Duals at the Hampton Coliseum over the weekend. Four teams in the Southeastern District – Great Bridge, Grassfield, Hickory and Oscar Smith – are all led by ODU wrestling alums. The most recent episode of the ODU Wrestling Monarch Matcast talks with Jesse Pearce from Grassfield, Matt Small from Great Bridge and Donald Motley from Oscar Smith to talk about the dynamic of coaching against your former teammates and what it's like to beat them during competition and be friends afterwards.