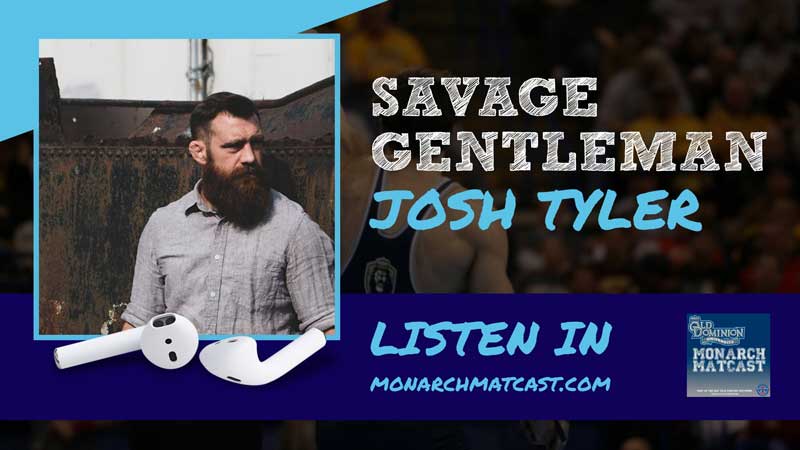 Josh Tyler was part of the ODU Monarch wrestling program during Gray Simons' last year as the head coach and bridged the gap of athletes who were in the program when current coach Steve Martin took over the program.

Tyler, who has spent time fighting in Mixed Martial Arts and creating his own company called Savage Gentleman, recaps what got him into wrestling, how he ended up at ODU and what it was like to endure his first season of college wrestling and then the toughness that was needed to survive Coach Martin's first year as he started to put his stamp on the program.

Tyler also is providing 20 percent off purchases for listeners of the show from the SavageGentleman website by using the promo code MATTALK on checkout!

We'll also see if anyone knows where the picture of Zuck is.