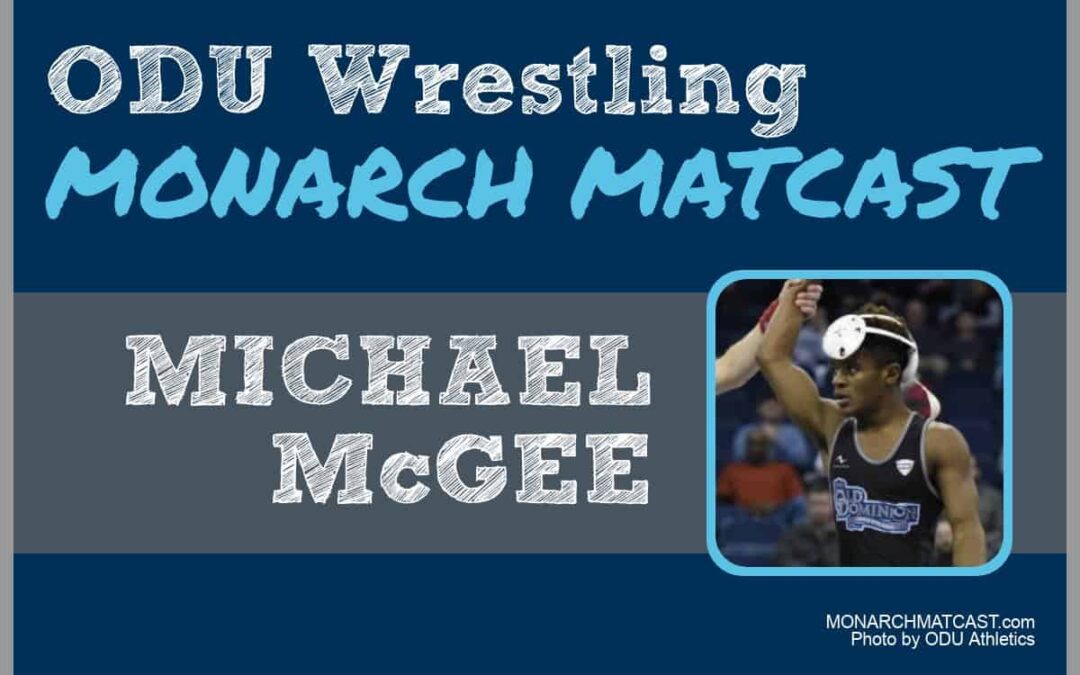 Illinois native and MAC Freshman of the Year Michael McGree joins the ODU Wrestling Monarch Matcast to talk about the success during his true freshman season on the mats in Norfolk.

McGee was a conference champion and NCAA qualifier at 125 pounds and was also an NWCA Division I All-Academic selection. He'll talk about the unique pronunciation of his first name and its origins, why he chose Old Dominion and what it's been like jumping right into the lineup. We'll also give Monarch Nation some info about the Takedown Golf Tournament coming up May 4 at Sewell's Point Golf Course.