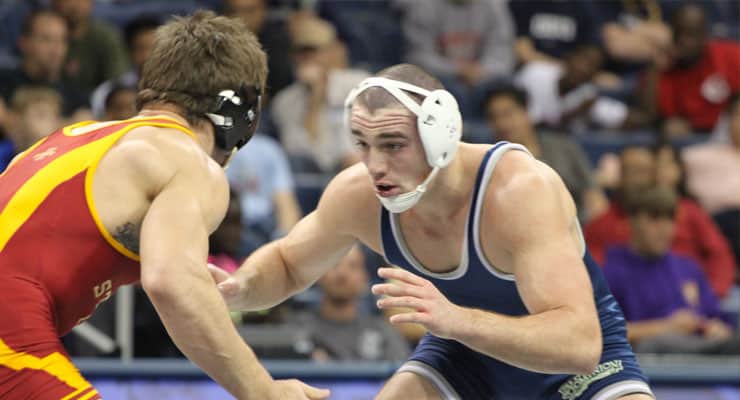 On Episode 3 of the ODU Wrestling Monarch Matcast, we talk with head coach Steve Martin as the first day of official practice kicks off on October 10. Coach Martin talks about Jack Dechow's appearance at the NWCA All-Star Classic as well as his expectations for the five returning wrestlers with NCAA championship experience.

Coach Martin also goes into some detail about how he's tweaked the schedule to allow a better time to prepare going into the second year of competition in the Mid-American Conference.

We also talk with senior 165-pound wrestler Tristan Warner. The Mechanicsburg, Pennsylvania native recently spoke at the ODAF Athletic Endowed Scholarship Luncheon. Warner won the NCAA's Elite 89 Award last season. The Elite 89 Award is awarded to an athlete in each of the NCAA's 89 championship sports with the highest GPA at the championship site. Out of 330 qualifiers, Warner's 3.97 GPA was tops. The double major in Communications and Criminal Justice. Impressive.

Warner also talks about why he chose ODU, the ties back to Cumberland Valley High School and what it'll be like to have his younger brother T.C. on the team with him this year.

Also a reminder to folks with Android devices, the mobile app is available on the Google Play store for Android devices. Go to www.monarchmatcast.com/android or search “ODU Wrestling” in the app store! iOS and Windows Phone apps are on the way.

Also, leave us a review on iTunes!