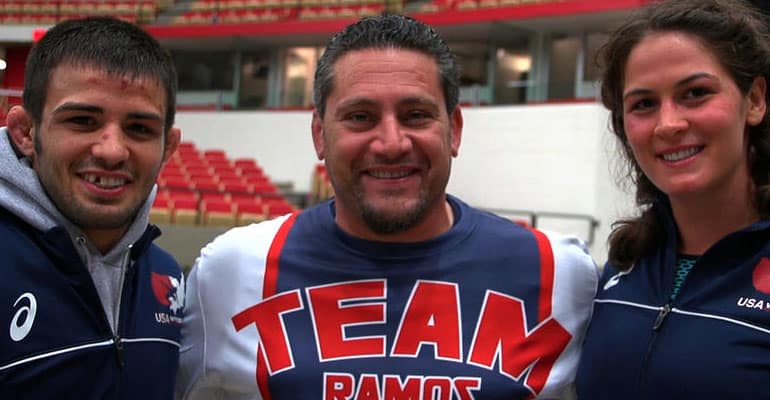 On Episode 7 of the ODU Wrestling Monarch Matcast, we visit with head wrestling coach Steve Martin for a quick recap of Alumni Weekend against Missouri and the three duals at the Journeymen/Asics Northeast Duals where ODU faced LIU-Post, Wyoming and Purdue.

Coach Martin also looks ahead to the December 20 dual with Chattanooga set for 1 p.m. at The Ted.

The second half of our show features an interview with 1991 ODU All-American Nick Garone. After transferring in from Syracuse, Garone placed sixth in a loaded 150-pound bracket. Garone, the current CEO of X-Cel Worldwide, talks about his role in wrestling as an agent for some of the top U.S. names in international wrestling including four-time NCAA champion Kyle Dake, U.S. World Team member Tony Ramos, women's world medalist Helen Maroulis and two-time women's world champion Adeline Gray.

Garone talks about his days at Old Dominion and how proud he is of the program watching from a distance.