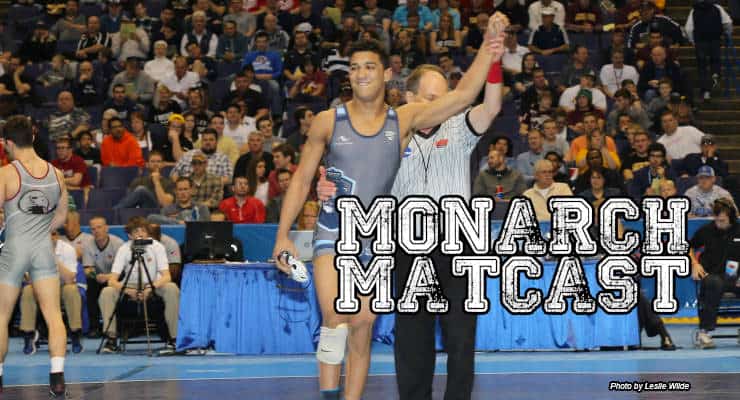 Alexander “Lenny” Richardson finally broke through during his junior year at Old Dominion.

On Episode 22 of the Old Dominion Wrestling Monarch Matcast, Richardson finally lets us know what name he'd like to be called, his decision to come to Old Dominion and what goals he's reaching for this season.

A senior from Jersey City, N.J., Richardson has the opportunity to qualify and compete at the NCAA Division I Championships this winter at Madison Square Garden, just a stone's throw from where he grew up. For him, he's looking forward to the homecoming.

But before we get ahead of ourselves, Richardson also touches on his upcoming appearance at the 50th annual NWCA All-Star Classic on November 1 in Atlanta. Richardson becomes the fourth Monarch wrestler to earn an invitation to the event. Wayne Bright competed back in 1970, then James Nicholson wrestled in the event twice in 2008 and 2009. Jack Dechow wrestled in the event last year. Richardson will try to become the first Monarch to win a match in the event as he faces longtime rival B.J. Clagon of Rider.