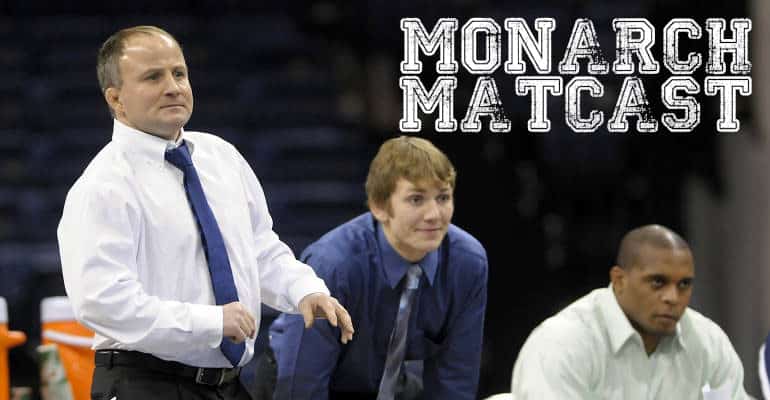 We kick off the third season of the ODU Wrestling Monarch Matcast with head wrestling coach Steve Martin.

Coach Martin runs down some of the summer time activities and already starts to eye the first official home date of the season, the November 13 dual against national powerhouse and MAC champion Missouri.

The Monarchs return NCAA qualifiers Brandon Jeske and Jack Dechow as well as get the services of Kevin Beazley, who was an NCAA qualifier two years ago and redshirted last season training in Greco-Roman in preparation to try to make the U.S. Olympic Team.

Alumni weekend is coming up on November 13 as the Monarchs host Missouri, but it's also packaged around the November 12 home football game against Southern Miss.