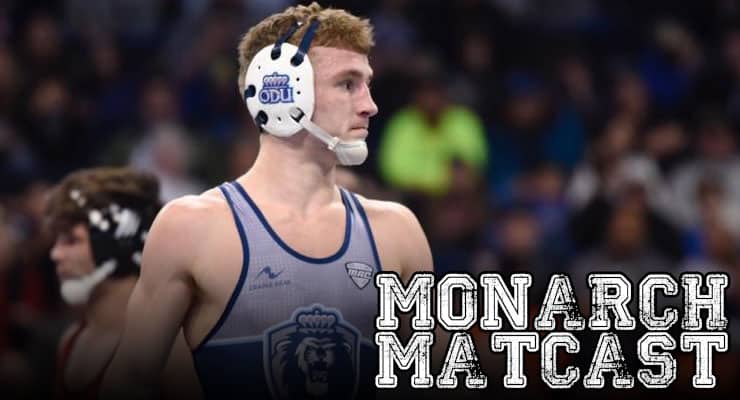 Episode 39 of the ODU Wrestling Monarch Matcast visits with Stafford native and Monarch senior Mikey Hayes. A graduate of powerful Colonial Forge High School, Hayes came to ODU as a walk-on after placing three times at the Group AAA state championships, but failing to win a state championship.

A career that started spanning multiple weight classes, Hayes moved up to 149 pounds and has found himself in a position at the NCAA championships this season. While there's still a lot of wrestling to go this year, Hayes has registered a handful of wins over nationally ranked wrestlers. What's been the key to his improvement?

And what does he know about Life cereal and the Fabulous Freebirds?