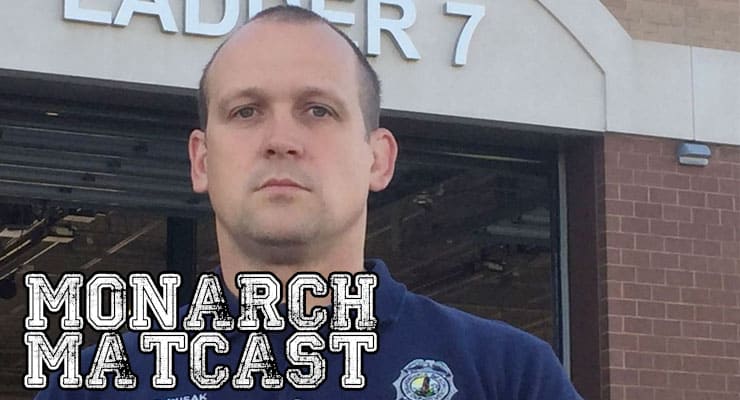 Jeff Rusak was recently induced into the Old Dominion Sports Hall of Fame. The Pennsylvania native and now Virginia Beach firefighter was a four-time NCAA qualifier, a two-time conference champion and one of the most prolific pinners in ODU wrestling history.

On Episode 45 of the ODU Wrestling Monarch Matcast, Rusak talks about his career, his journey to Old Dominion, some of the wacky roommates over the years and meeting his wife, former ODU women's soccer player Melissa Futrell Rusak.

While never an All-American, Rusak was one of former coach Gray Simons' top wrestlers. He finished third at the Midlands as a senior and was the No. 5 seed at the 2002 NCAA Division I Championships.