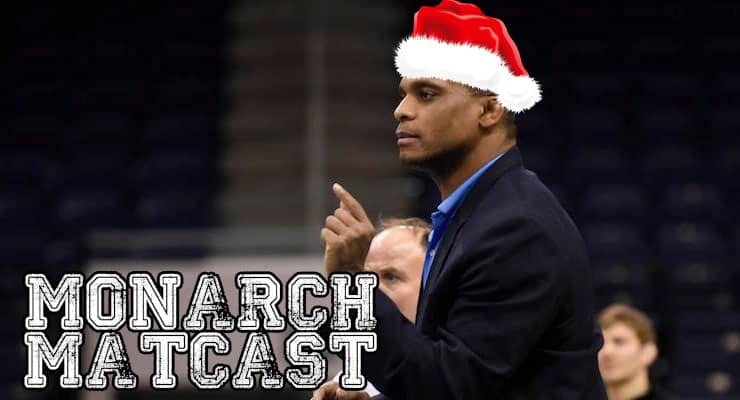 Episode 46 of the ODU Wrestling Monarch Matcast reviews the first month of the season with Associate Head Coach Mike Dixon. The Monarch wrestling program is off to a 2-3 start with wins over Gardner-Webb and Northern Illinois, the most recent win coming on December 19 at The Ted.

Coach Dixon talks about the start of the season and the decision to wrestle two of the nation's top programs — Missouri and NC State — on the road on the same weekend and what the team learned from the experience.

We head toward the Midlands and Lock Haven Classic and Dixon will explain who's going to wrestle where over the holiday break.