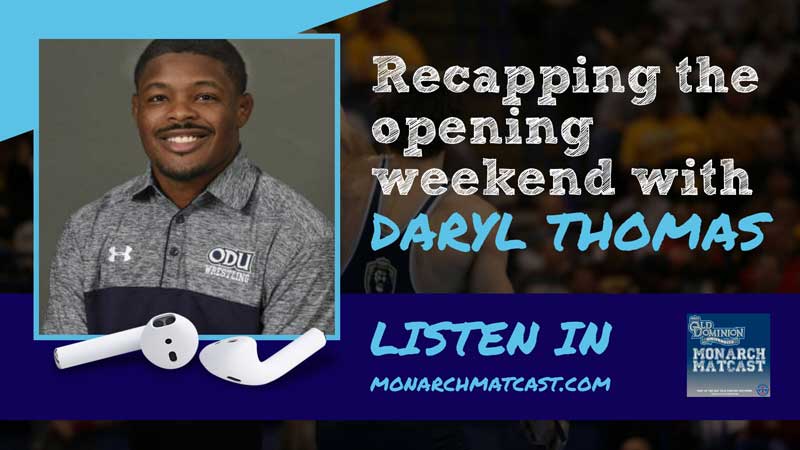 Associate head coach Daryl Thomas kicks off the fifth season of the ODU Wrestling Monarch Matcast as we recap the Princeton Open and preview the lineup coming up on November 11 against Missouri.

There's still questions as to who is going to be wrestling at which weights this year, but we also talk depth and what to expect with the WHITEOUT at The Ted on Sunday.