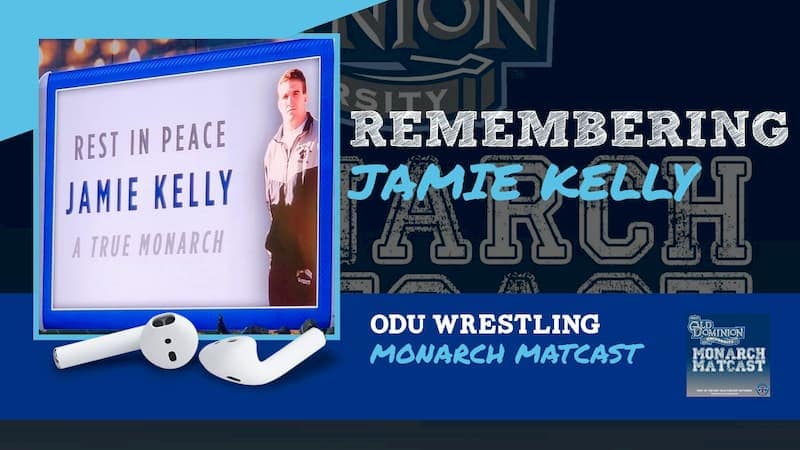 On August 27, 2019, former ODU Monarch wrestler and coach Jamie Kelly passed away suddenly. On Episode 65 of the ODU Wrestling Monarch Matcast, we honor the memory of our friend and fellow Monarch.