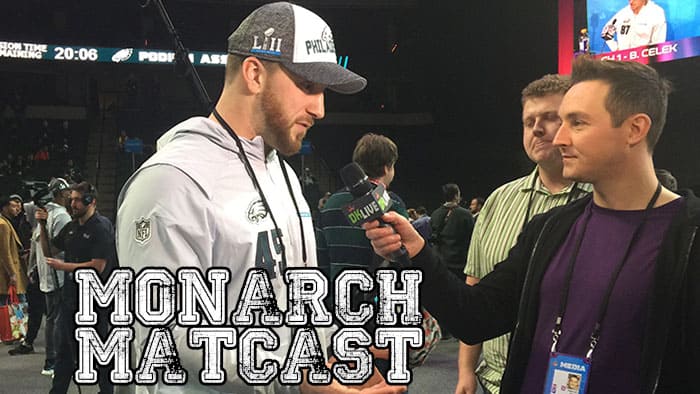 Old Dominion University played its first competitive football game in over 50 years in August of 2009. In 10 seasons, coach Bobby Wilder's team became an instant force in FCS competition before a call from Conference USA and FBS football became a reality.

Part of that reality is Monarch football players now competing in the NFL. Rick Lovato was Monarch to play in an NFL game as he got his first snap as a member of the Green Bay Packers. Now with the Philadelphia Eagles, Lovato is the first Monarch to play in the Super Bowl. On Opening Night of Super Bowl 52 Media Week, Jason Bryant of Mat Talk Online and Andy Hamilton of Trackwrestling got a chance to talk with Rick about being a long snapper, his career as a wrestler growing up, what he loved about ODU and his relations to the ODU wrestling program.