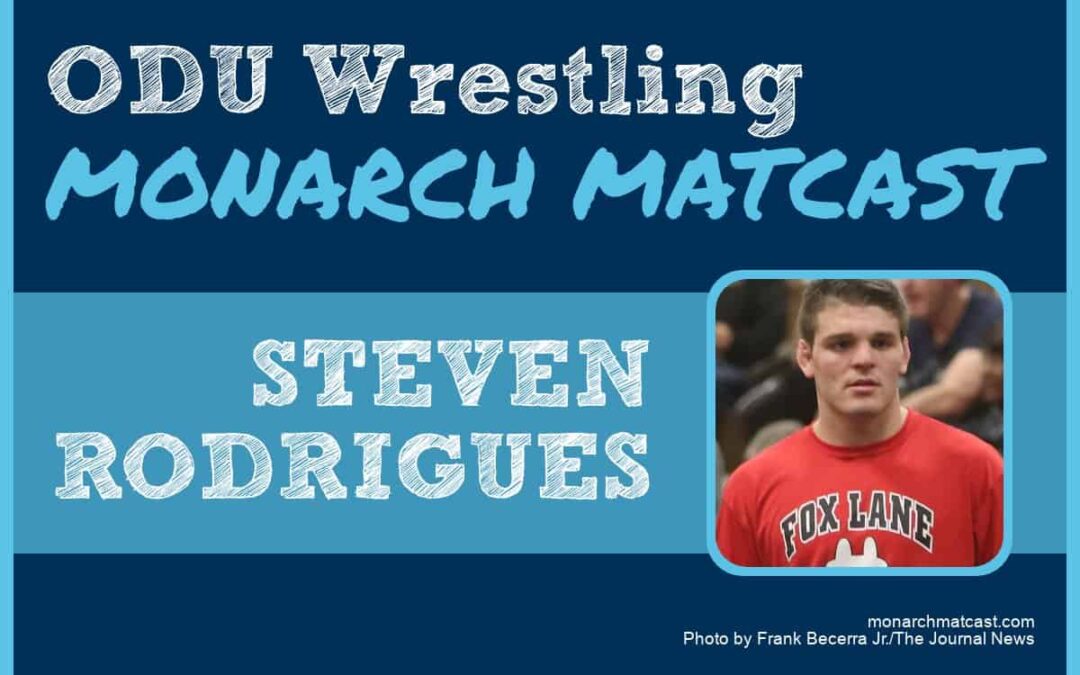 The New York native and All-American from the University of Illinois is reunited with former teammate Daryl Thomas and Rodrigues is already hitting the ground running with his new post in Norfolk. We get to meet Rodrigues, find out how he was introduced to wrestling, his move up three weight classes during his senior year at Illinois and his jump into coaching.

We'll also get right to his goals for the program and what it's like to be on a staff with three young guys – and Steve Martin.