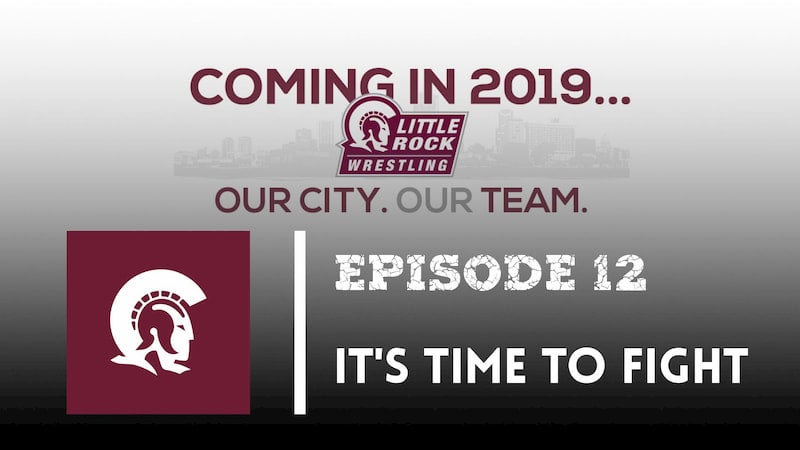 When November 24, 2019 finally came, it put a close on the building era of the Little Rock wrestling program. It’s been 616 days since the announcement during the 2018 NCAA Division I Championships of a new Division I program.

For coach Neil Erisman, it’s been 522 days since he was introduced as the first head coach in program history. For wrestling fans in the state of Arkansas, it was a decade and a half in the making.

The only time a major state school had sponsored wrestling, as you learned in Episode 1 of Rocked Up, came in the 1950s at Arkansas State. That was more of a pet project of a wrestling coach rather than a bonafide college athletics program. That also pre-dated the NCAA’s divisional structure.

So history was going to be made when the first whistle blew at 2 p.m. on Sunday, November 24, 2019 at the Jack Stephens Center on the campus of the University of Arkansas at Little Rock.

These are the final hours leading to the culmination of the building process and the commencement of competition. One last practice. They weigh in, at home, for the first time, in 24 hours.

Welcome to Rocked Up, the story of the foundation and formation of the first Division I college wrestling program in Arkansas, starting in November of 2019 at the University of Arkansas at Little Rock. This is the finale to that story. We started the journey developing the foundation of wrestling in the state of Arkansas and now we’ve moved on to the formation of the team, because to tell the full story of this program, you have to start at the very beginning.

Where one door closes, another opens, and in Little Rock, we close the book on how this all got started. Now, the coaches, administration and athletes at Little Rock will write their own stories.

Thank you for listening.