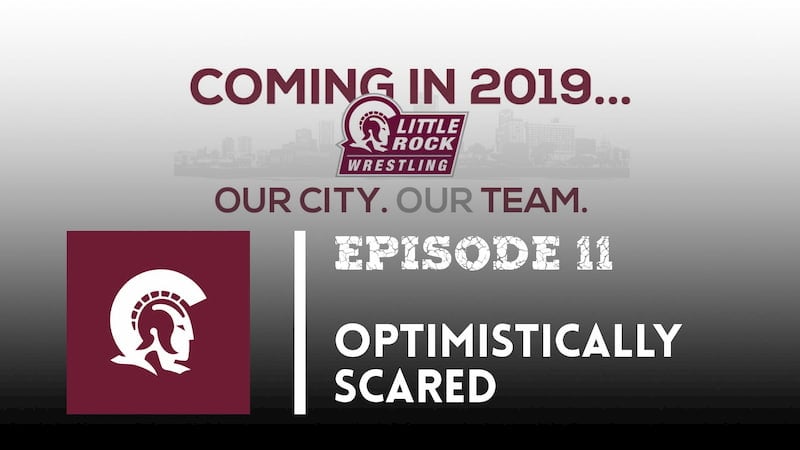 With the days winding down before Little Rock wrestlers take to their home mat at the Jack Stephens Center for the first time, there's been a change at the top.

One of the men instrumental in making Little Rock's wrestling program a reality, Chasse Conque, left Little Rock in late August to accept the role of Athletic Director at the University of Texas-Rio Grande Valley, which came into being after a consolidation of three separate colleges. You might have heard of Texas-Pan American. You probably haven't.

Conque also brought Molly Castner with him as she assumes the role of Deputy AD and Senior Women's Administrator. This left Little Rock searching for a person to lead the department, not just into the launch of its new wrestling program, but to the lead during a time of great growth within the school's athletics programs as a whole.

They turned to George Lee, the standing Senior Associate Director of Athletics and Chief Financial Officer. This is a man who's job was to make sure things were financially viable for anything to happen within Little Rock Athletics. Lee is a Little Rock alum who's had an association with the school for over 30 years. His wife works at the school and he previously served as an interim AD in the past. Today, we learn more about Lee.

Welcome to Rocked Up, the story of the foundation and formation of the first Division I college wrestling program in Arkansas, starting in November of 2019 at the University of Arkansas at Little Rock. This is the 11th edition of this story. We started the journey developing the foundation of wrestling in the state of Arkansas and now we've moved on to the formation of the team, because to tell the full story of this program, you have to start at the very beginning.

Lee's background is on the financial side. While a fan of sports, he's always been one of those administrators who didn't have to make all the public appearances and address the people. Lee's role is a requirement in college sports. If no one's managing the money or asking “How do you expect to pay for that,” then you have balance sheets in the red and athletes potentially out in the cold.

First, Lee explains how the campus has changed in size and stature since he attended in the 1980s.