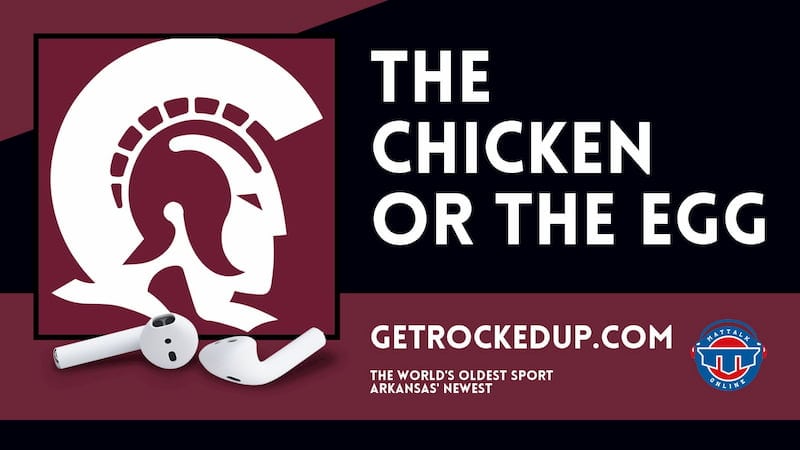 What came first, the chicken or the egg?

On the second episode of Rocked Up, we'll meet Little Rock radio personality and former Arkansas football player David Bazzel. He'll introduce us to how Greg Hatcher, an insurance man in Little Rock, talked him into pitching a press conference to try to introduce wrestling to the state's high schools.

Hatcher will further explain the process in going from idea to sanctioned high school state activity and Hatcher's overall impact in the process, including how it wasn't exactly what people might believe financially. We'll meet Carter Lambert of Central Arkansas Christian, legendary wrestling announcer Sandy Stevens as well as catch back up with Bentonville's Bill Desler and Don Schuler.