Who is Neil Erisman? 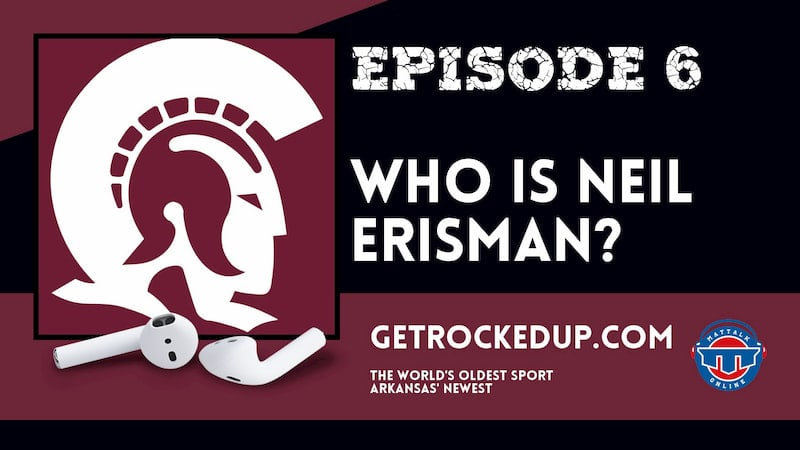 If you're the athletics director at a Division I institution and you're looking to hire a head coach to start your team from scratch, what are some of the credentials you look for?

If you're starting a basketball team, are you going to look at someone like a legendary coach like Duke's Mike Krzyzewski or UConn's Geno Auriemma? Would you go with a legendary athlete like a Michael Jordan or a LeBron James? In football, are you looking for the Joe Montana-type or are you looking for someone who's built a career on coaching despite not having lavish athletic credentials like New England Patriots head coach Bill Belichick?

Are you looking for a person to groom the culture and create a community and family or are you looking for someone who wants to win at any cost. The one thing about college sports is all of those types of coaches get jobs at some point or another.

In wrestling, Division I head coaching jobs are rare. As we enter the 2019-20 college wrestling season, there are 78 Division I wrestling teams. In Division I basketball, there are 347 teams. Wrestling teams are often classified as non-revenue sports, meaning the school isn't taking in a lot of money on gate receipts. At the Division I level, basketball and football are revenue sports, where schools sometimes rely on the attendance and success of those programs to help finance the other sports in the department.

Whether or not those teams bring in positive cashflow doesn't change their distinction. So the pressure to win and put butts in the seats isn't as imperative on a wrestling coach, although in the competitive climate of athletics with rising costs, coaches are now being charged to make their programs more valuable in the eyes of a department. If you're a team with low graduation rates, poor grades, disciplinary problems and a culture of trouble, you're going to be at risk, especially if you're a non-revenue sport.

With all that being considered, wrestling fans typically get stars in their eyes about the latest up-and-coming coach, usually someone who's got tremendous credentials on the mat. It's almost a let down for some fans when they hire a coach who isn't a national champion. I don't have anything statistically to justify this claim, but the impression I get is wrestling believes more than other sports that you have to have achieved at the highest level to be a successful coach. If it's not a “name” hire, then the administration failed the fans and the alumni.

So what type of hire was Little Rock AD Chasse Conque going to pick up?

Welcome to Rocked Up, the story of the foundation and formation of the first Division I college wrestling program in Arkansas, starting in November of 2019 at the University of Arkansas at Little Rock. This is the sixth edition of this story. The first five set the table, because to tell the story of the Little Rock Trojans wrestling program, you had to start from the ground up – with the foundation of Arkansas high school wrestling, which didn't even exist 11 years ago.

Last episode, we talked with Chasse Conque shortly after the announcement came in March of 2018 that Little Rock would add Division I wrestling to its sports offerings starting in 2019-20. On June 20, 2018, Little Rock introduced the man who would lead their new program and set the tone for what to expect.

So who is Neil Erisman?