The RUDIS Podcast #141: Breaking Down the NCAA’s 75th Anniversary Team 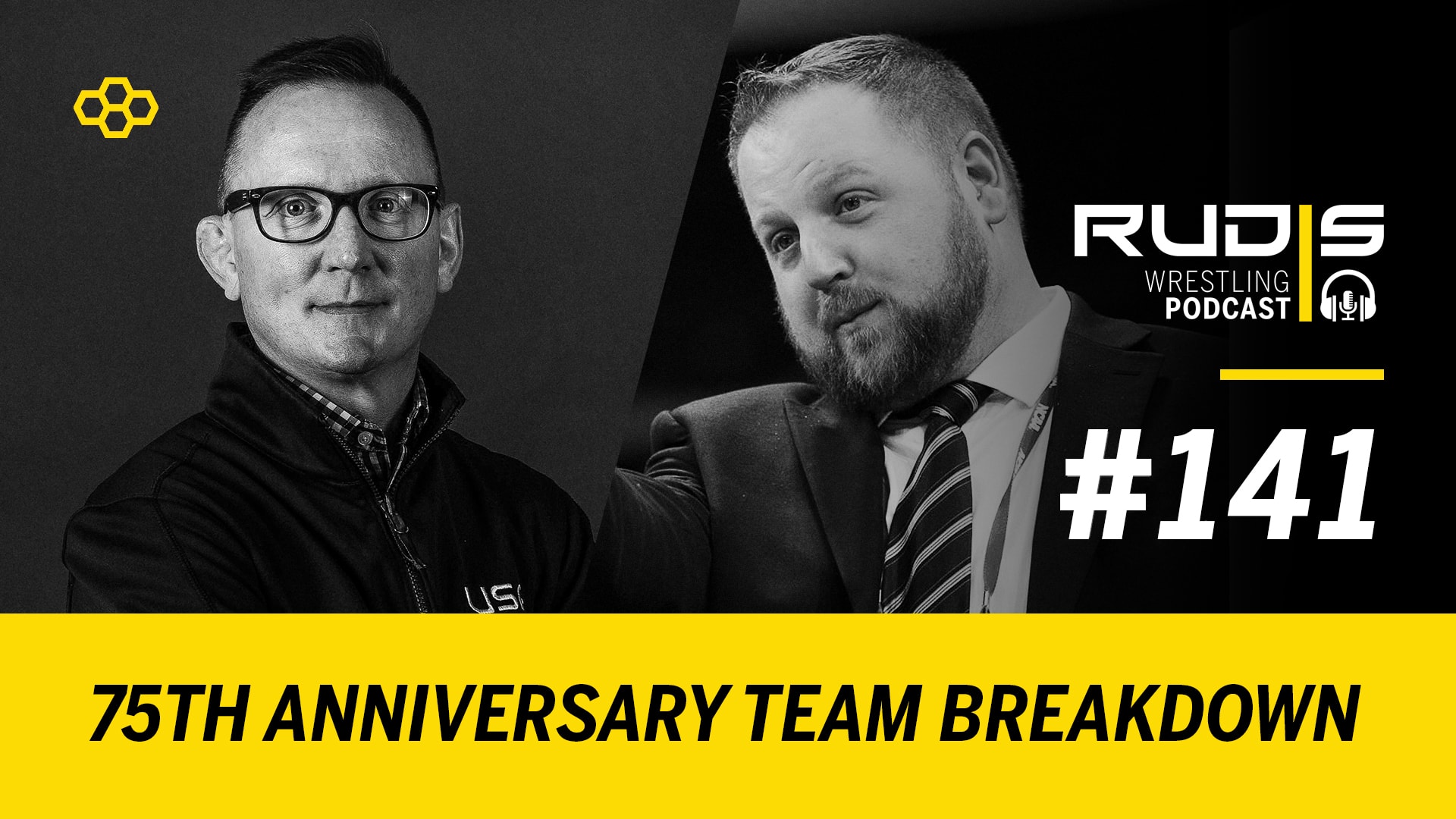 On this episode of the RUDIS Wrestling Podcast, Matt Dernlan and Jason Bryant break down the 75th Anniversary Team, as presented by the NCAA in conjunction with the National Wrestling Hall of Fame. The team, named at the 2005 NCAA Wrestling Championships, is comprised of 15 of the all-time greats, as voted on by college wrestling fans.

A panel of collegiate wrestling experts built a list of 45 former wrestlers, classified in three divisions: lightweight, middleweight and heavyweight. Of the 45 nominees, the top-five vote getters in each division was named to the team. The lightweights named to the team were Fresno State’s Stephen Abas, Iowa’s Tom Brands, Iowa State’s Dan Gable, and Oklahoma State’s John Smith. The middleweights consisted of Lee Kemp of Wisconsin, Lincoln McIlravy of Iowa, Wade Schalles of Clarion, Pat Smith of Oklahoma State, and Joe Williams of Iowa. The team was capped off with heavyweights Kurt Angle of Clarion, Ed Banach of Iowa, Pittsburgh-Johnstown’s Carlton Haselrig, Dan Hodge of Oklahoma, and Iowa State’s Cael Sanderson.