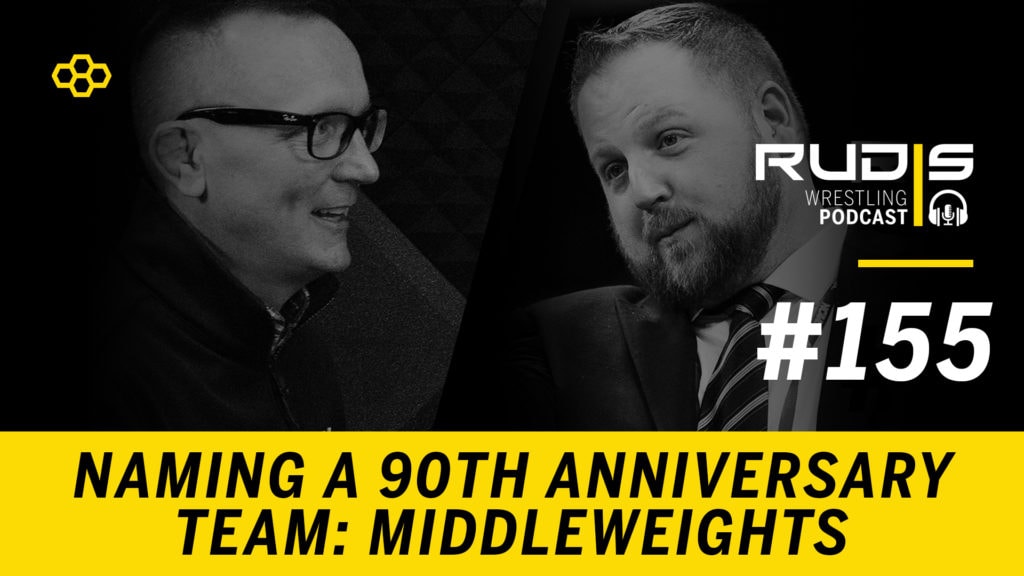 On this episode of the RUDIS Wrestling Podcast, Matt Dernlan and Jason Bryant pick up where they left off on debating the NCAA’s 75th Anniversary Wrestling team, but put a new spin on it with taking it upon themselves to name a 90th Anniversary team. The 90th team considers wrestlers at all levels up through the 2019 season.

On this episode, Dernlan and Bryant break down the middleweights and discuss which of the members of the 75th team would remain, and which recent-era wrestlers would replace some of the all-time greats.