Ali Afshar breaks down his new film, American Wrestler, prior to its upcoming release -ST325 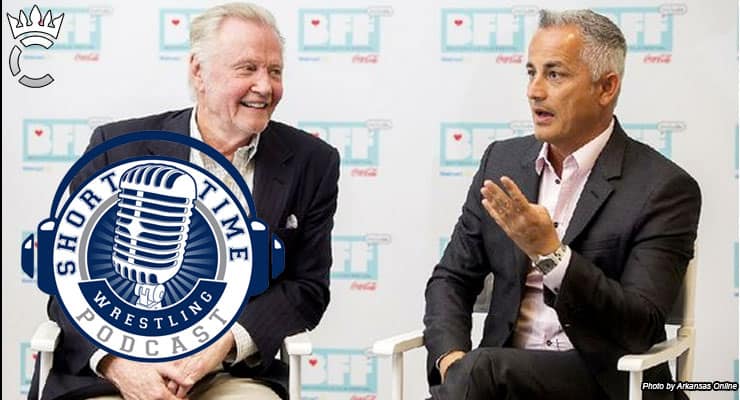 Inspired by true events can sometimes be the international sign for eye roll when it comes to movies. This isn't the case with Ali Afshar and his upcoming film American Wrestler: The Wizard.

An immigrant who fled Iran as a child, Afshar worked with Warner Brothers to create a movie that centered around his struggles as an Iranian during the 1980s, at the height of the Iran-U.S. international hostage crisis.

What was the outlet that led him to acceptance and through his own personal struggles? Wrestling. Afshar, who has an accomplished career in motorsports, has also been in a number of filmes and television series. American Wrestler will debut via FathomEvents on May 3 and then have a full digital release two weeks later.

Find out more about the movie and how to watch at AmericanWrestlerMovie.com.
The Short Time Time Wrestling Podcast is proudly supported by Compound Clothing.