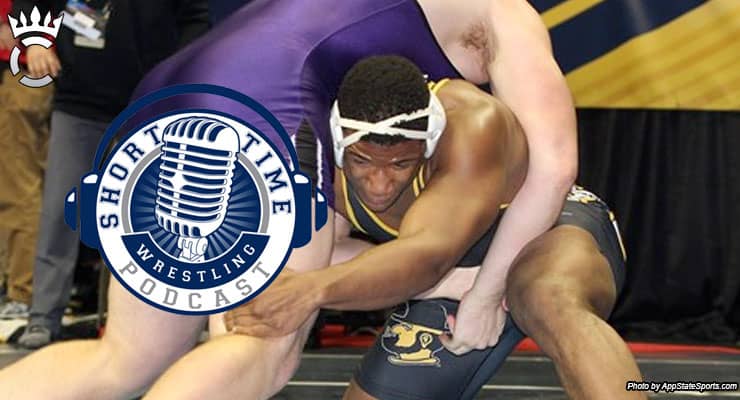 Denzel Dejournette went to Appalachian State's summer wrestling camp between his freshman and sophomore years of high school. He didn't win a single match. On Episode 326 of the Short Time Wrestling Podcast, we'll talk with the Winston-Salem, N.C., native about finally breaking through and earning All-American honors as a Division I wrestler.

Dejournette was one of three Southern Conference wrestlers to place this past season. As the No. 9 seed, he defeated unseeded Conan Jennings of Northwestern to earn a place on the podium. Dejournette talks about pushing through hardships that affected him this season and trusting in his coaches and teammates.

He also tells us where the best burger in North Carolina can be found.

On the post show, host Jason Bryant gives some preliminary thoughts about the sites for the upcoming NCAA wrestling championships in all divisions as they were announced by the NCAA for 2019-2022.