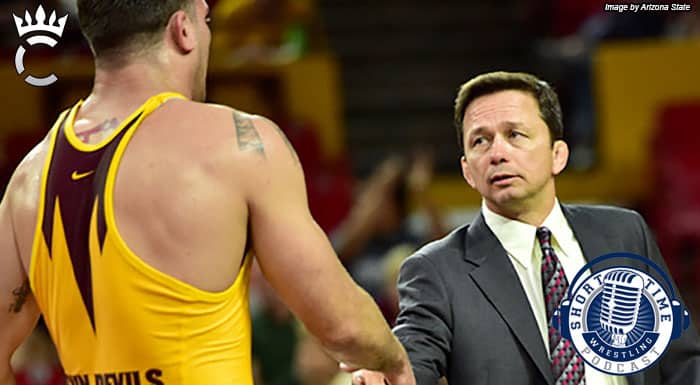 Now in his third year at the helm in Tempe, Arizona State head wrestling coach Zeke Jones is starting to see the fruits of his recruiting labor mature. Ranked No. 8 in the most recent USA Today/NWCA Division I Coaches Poll, the Sun Devils have won nine straight duals. On Episode 399 of the Short Time Wrestling Podcast, Coach Jones talks about the development of the program, honoring the 1988 NCAA championship team, dealing with lineup questions and starting lineups.

Coach Jones will also offer his opinion on Final X, how women have been working their way into administrative roles within wrestling programs themselves, including their own Director of Operations Maddie Schossow. He won't talk about his real name being Larry, but there's a lot of information here on when the Sun Devils can expect to compete for trophies at the NCAA championships. Can that first trophy come this year?