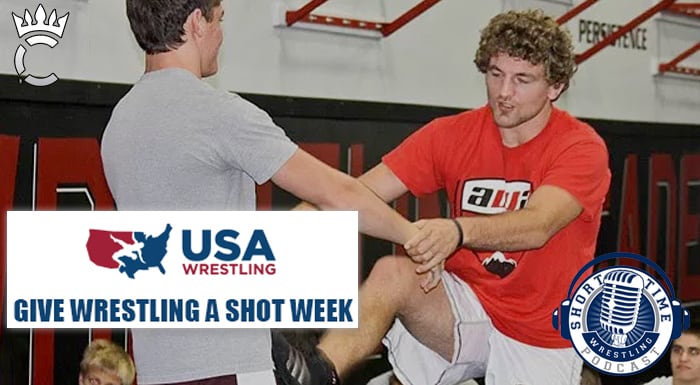 Ben Askren, a two-time NCAA champion and four-time All-American at the University of Missouri returns to the Short Time Wrestling Podcast to talk about the upcoming USA Wrestling initiative called Give Wretling A Shot, a week dedicated to exposing the sport to new people without the need to buy a USA Wrestling card right away.

Askren and his brother Max launched the Askren Wrestling Academy six years ago and along with their staff, they've been adamant about improving the retention problem with wrestling and eliminating barriers to entry.

Information about the project can be found at GiveWrestlingAShot.com. Follow Ben on Twitter @BenAskren and learn about the Askren Wrestling Academy at AWAWisconsin.com
.
JOIN THE TEAM
And if you're a fan of the extensive and broad-based reach of the shows on the Mat Talk Podcast Network, become a TEAM MEMBER today. There are various levels of perks for the different levels of team membership. If you like wrestling content — scratch that — if you LOVE great wrestling content, consider becoming a team member. You'll get some cool stuff too.