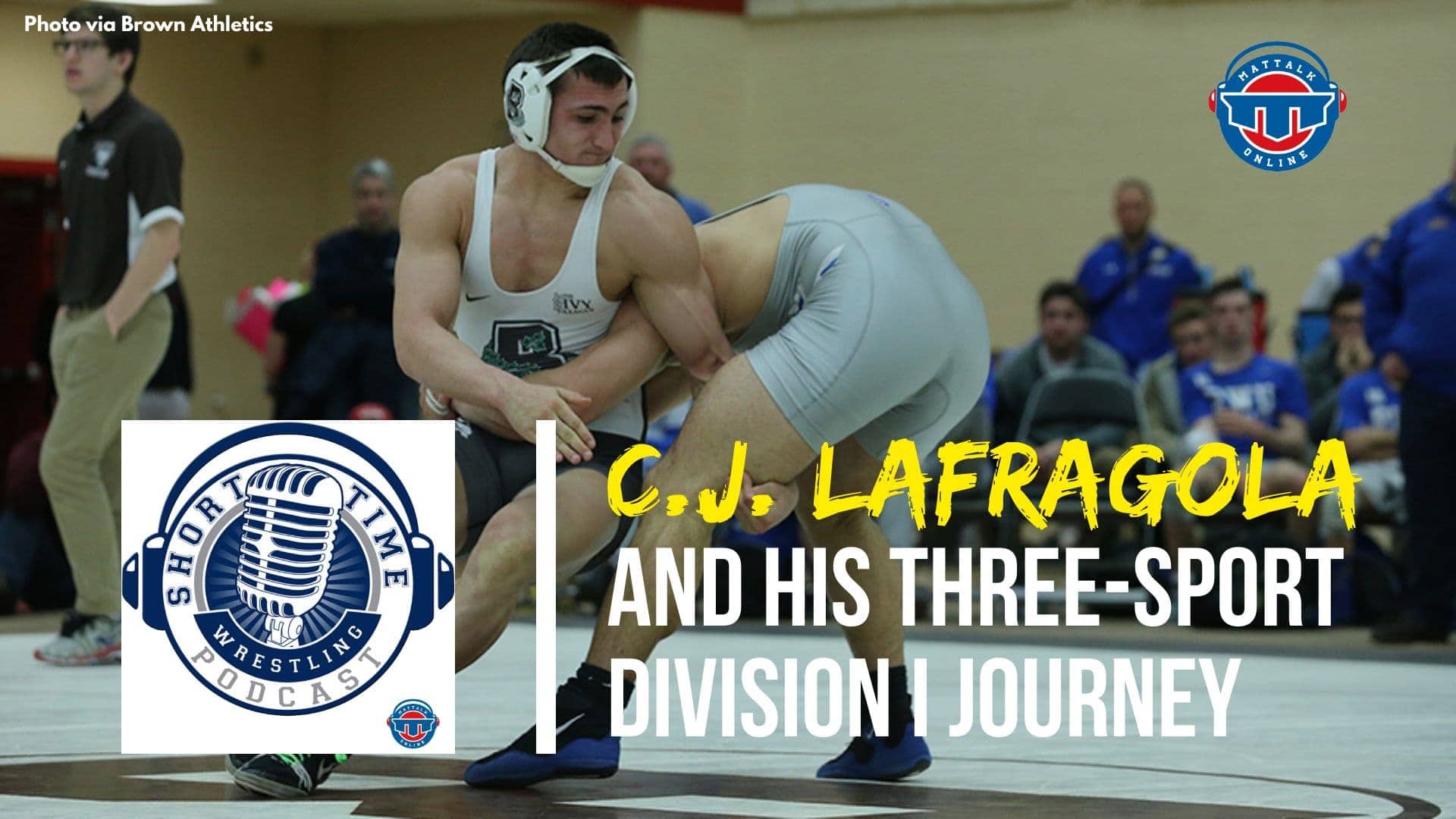 The three-sport athlete is rare in college these days. It’s an ever rarer thing to see at the Division I level. Former Brown wrestler and New Jersey native C.J. LaFragola is one of those rare athletes. After spending four years as a wrestler at Brown University in Rhode Island, LaFragola used his final year of athletic eligibility as a graduate student at Sacred Heart University in Fairfield, Connecticut.

But LaFragola had an extra year in a sport other than wrestling, so he opted to play football. Then he tried out for and made the baseball team, giving him the triple. On Episode 601 of the Short Time Wrestling Podcast, LaFragola will talk about his college wrestling career and what it was like competing for coach Todd Beckerman and then what drew him to Sacred Heart and the situation that gave him an opportunity to put on a second and third athletic uniform.