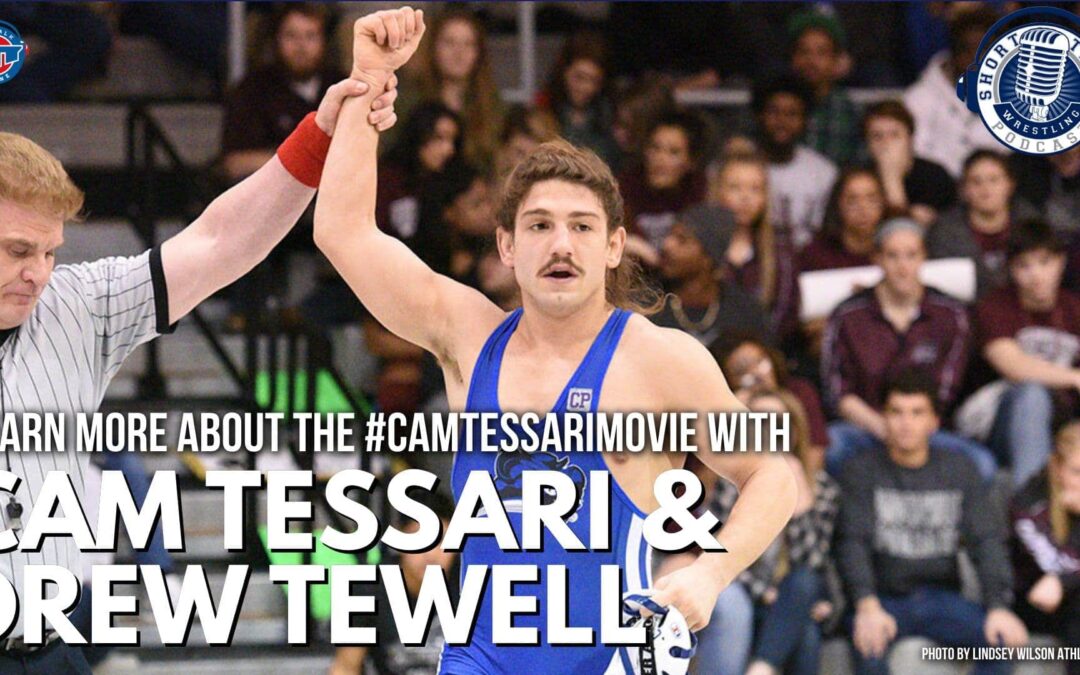 Cam Tessari was one of the top high school wrestlers in the country. On a team with high school superstars Logan and Hunter Stieber and Chris Phillips, the “Monroeville Four” were destined for college greatness. Phillips never wrestled in college, while the Stiebers and Tessari went to Ohio State. All were All-Americans with Logan winning four NCAA Division I wrestling championships.

Tessari placed as a freshman, then his off the mat issues sent him down a destructive path. A second chance wasted, then a final one with Lindsey Wilson College.

Drew Tewell wrote the screenplay of a movie about Cam's life as he rebounded to win an NAIA national championship his senior year. Drew and Cam join the Short Time Wrestling Podcast to talk about the screenplay and the true life choices and consequences.

Check things out at CamTessariMovie.com

LEADING OFF
There was a tweet from Adam Nelson, a former college basketball coach who talked about today NOT being the start of college basketball season because the NAIA and small colleges have been playing for quite a while. That’s true with wrestling and I’m going to continue to belabor the point that if you’re a wrestling fan, let’s branch out and be a wrestling fan. There’s a lot of teams that don’t get any love, but they’re out there competing. Some might even be within a reasonable drive when we get back to normal or some might have a kid who’s from your hometown. I’ve had kids from my hometown compete in D1, D2, D3 the NAIA, NJCAA through the NCWA. Following those kids helped me keep up with the York College’s of the world, the Labette’s.

Of course, if you’ve listened to this show enough, you know that top-ranked Grand View is approaching history. Scratch that, they’ve tied history as Tuesday night, the Vikings blanked Benedictine (Kan.) 55-0 for its 92nd straight dual win, tying the all-time college record with SUNY-Delhi from 1979-1982. Grand View sets out to break the record on December 10 at Baker.

Grand View picked up seven falls in the win, the fastest coming in 20 seconds from 125-pounder Matthew Jordan.

Hastings 39, Midland 15
This one was nutty with all 10 bouts scoring bonus points, including six falls. Unfortunately for Midland, Hastings picked up four of those falls and a forfeit.

Northwestern (Iowa) 30, William Penn 27
This one came down to heavyweight as Northwestern College, the one in Iowa, got a fall from Chris Van Der Brink in the first period to give the Red Raiders, from Orange City, the Great Plains Athletic Conference victory over the Statesmen.

ROCKING WRESTLING FACT DROP – WIN AND GET OUT

While it’s not the only time it’s happened, it was surely the first. Garden City Community College tied with Lassen for the team championship at the 1995 NJCAA national championships. The program was cut soon thereafter. Of course, the only other instance with this happening in all of college wrestling came when Trev Alberts, AD at Nebraska-Omaha, told his wrestling program there were being dropped the night they won a third straight NCAA Division II championship.

Also, check out Episode 2 of Etched in Stone, the second chapter of the Mark Churella story. That’s on your favorite podcatcher of choice, or find all that subscription info on mattalkonline.com.