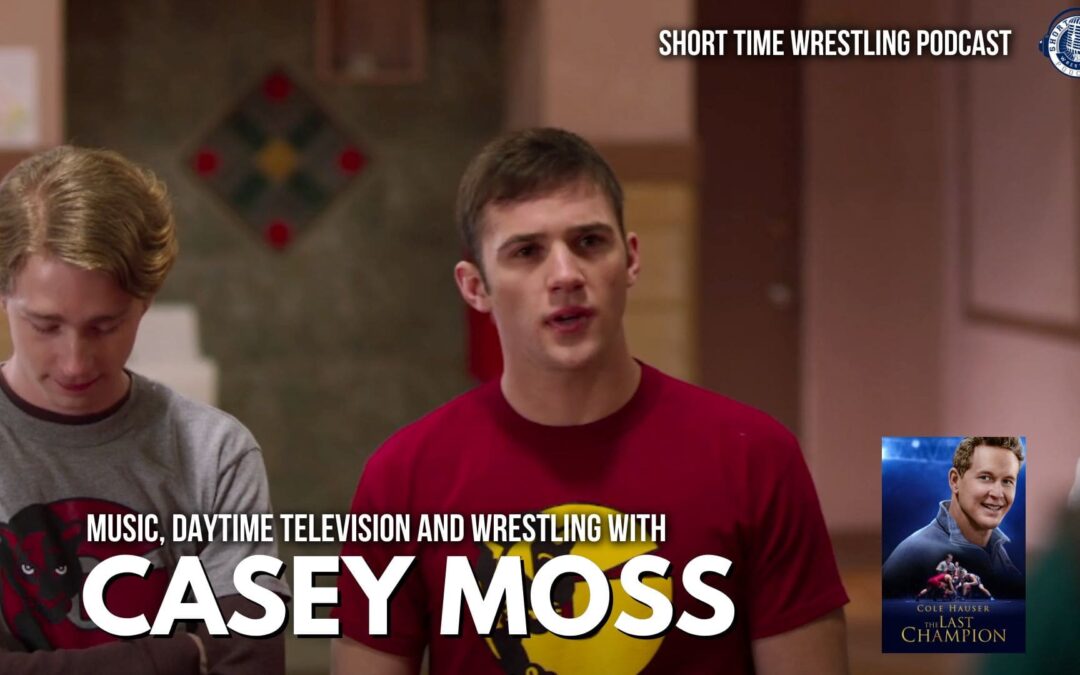 Casey Moss was best known as J.J. Deveraux on the long-running daytime drama Days of Our Lives. As Moss was toward the end of his run on the show, he earned the role of Scott Baker in the recently released wrestling-themed drama The Last Champion. On Episode 639 of Short Time, Moss talks about his role as Baker in the movie, what it was like to gain the role, his background wrestling growing up in Arizona before we go way off the original topic and talk about his band, Inner Echo, and our favorite concerts of all time. Moss is an intriguing figure who we will hear more from in the years ahead in both music and wrestling.

SHORT TIME SHOTS (it’s the scores and such, people)

On the Grand View watch, the Vikings extended their win streak to 96 in a row with a 31-6 win over Morningside on Thursday. The NAIA also picked up a notable victory since the last time we met as Southeastern (Fla.)  upended The Citadel from Division I 22-14 in Charleston. Key wins registered by Coleman Bryant (no relation), Indiana transfer Blake Rypel and 197-pounder Trillyon Fils-Aim sealed the deal for the Fire! It was the first win over a Division I program in the short history of SEU wrestling. It’s just the second win over a D1 school in ANY sport, the other was a women’s volleyball win over Bethune-Cookman in 2013, that according to SEU SID Donnie Smith.

Nebraska-Kearney, Central Oklahoma, Lindenwood and McKendree round out the top five.

The NJCAA also recognized women’s wrestling as an emerging sport on Friday, of the current schools that sponsor varsity wrestling, there are four NJCAA schools of the 89 women’s teams – there’s also a few junior colleges in the Northwest Conference that sponsor wrestling as well.

Women’s wrestling will be up to 89 total schools when the first whistle blows in the 2021-22 season as Avila, an NAIA school in Kansas City announced it was adding men’s and women’s wrestling over the weekend.

That will put the NAIA at 38 women’s teams and 73 men’s teams. Did you know the NAIA had 19 schools at the 2000 NAIA championships? Of those 19, only 11 of them remain in the NAIA. So think about the growth of scholarship-level wresting in the NAIA over the past 20 years.

Bunch of news internationally, Bajrang won the Flo 8-Man Challenge, the Russian Federation kicked ass at the International World Cup and the Tampa Bay Buccaneers rallied to be the Atlanta Falcons.

Finally, Patrick Kelly passed along some sad news that longtime Britt-West Hancock wrestling coach Al DeLeon passed away on December 16. DeLeon was a two-time All-American for Minnesota State in 1961 and 1962 at 130 pounds. In 1962 DeLeon fell in the NCAA finals to Mickey Martin of Oklahoma Sate.