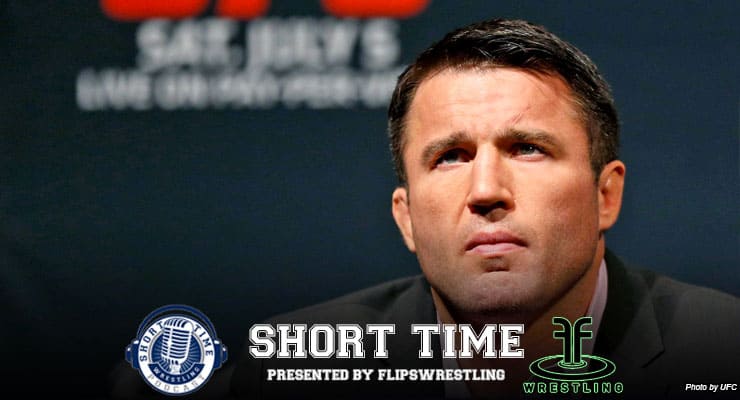 Chael Sonnen was an All-American at the University of Oregon and wrestled on the ladder in both men's freestyle and Greco-Roman during the course of his senior-level career. He's been one of the most polarizing figures in MMA in recent years with the litigation, the notoriety, his subsequent deportation to Canada and that country's refusal to accept him, well, I guess that's more than most — wait, wrong guy.

Regardless of what you want to say about Sonnen and his antics outside of the cage in MMA, he is still one of wrestling's most vocal supporters. Love him or hate him, Sonnen brings a thought process unlike any wrestling fan in the world.

On Episode 204 of the Short Time Wrestling Podcast, Sonnen re-writes the title and goes with the long form format. His show, You're Welcome, on PodcastOne is one of the top shows in all of iTunes.

Sonnen breaks things down, goes into rant mode and comes out ready for another year of wrestling.