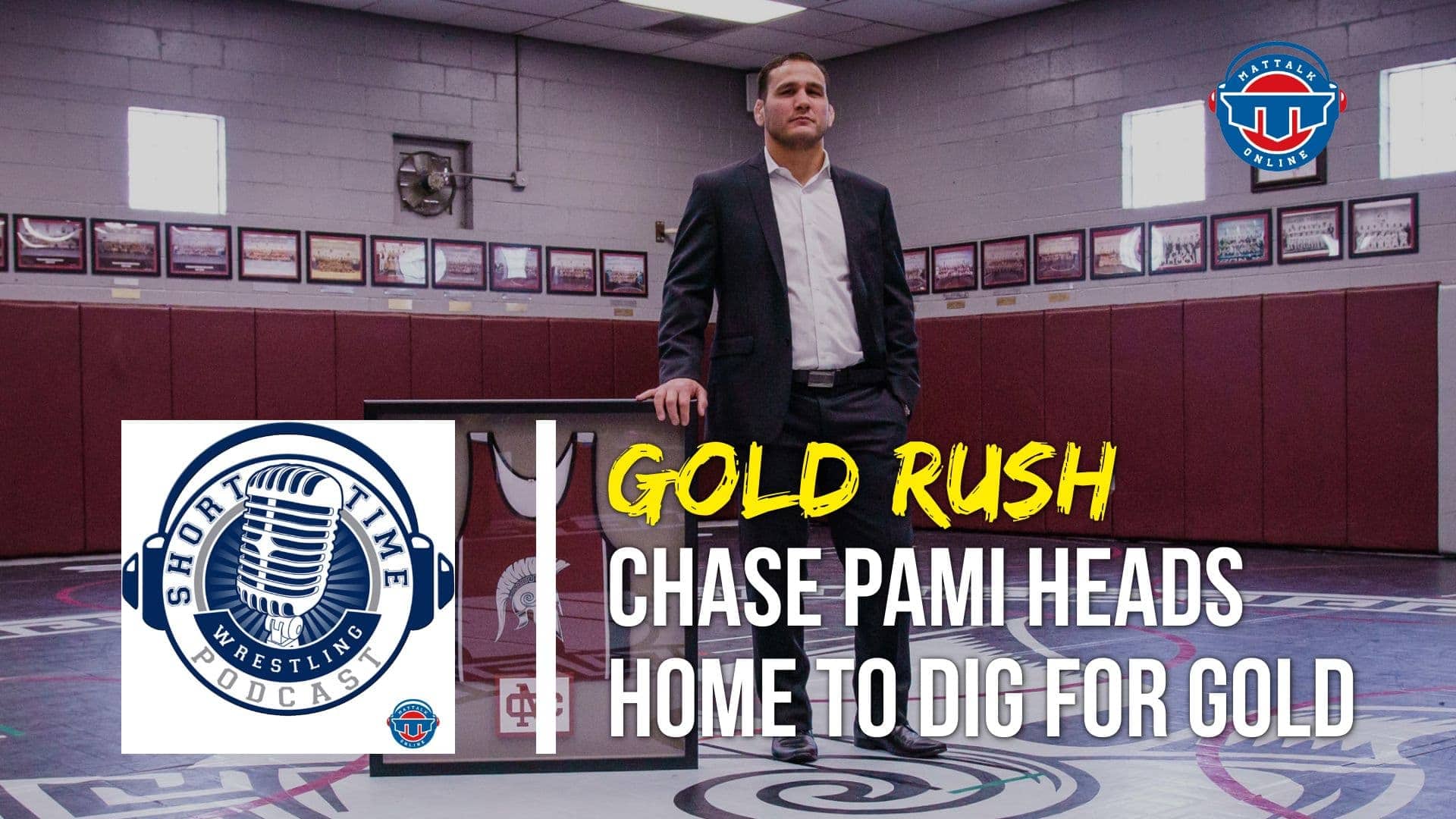 Two-time All-American Chase Pami is heading back to his native Las Vegas. On Episode 607 of Short Time, Pami talks about the launch of Gold Rush Wrestling Academy, what led to his enrollment at Cal Poly, being the forgotten man in one of the greatest high school wrestling brackets at the NHSCA championships as well as the triumph of the blood round and the heartbreak of the NCAA finals.

Pami finished his international career with the Pennsylvania RTC and talks about what he learned from the group in Philadelphia that’s helping him launch his new endeavor in his hometown.