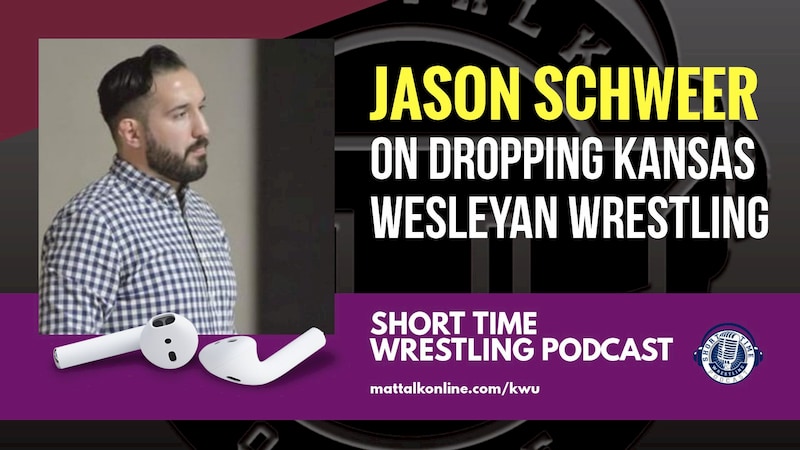 The NAIA has grown considerably over the past decade. The college wrestling opportunities in Kansas have also grown during that span. This is why the announcement that came from Kansas Wesleyan University on May 14 was a stunner to many – the school was dropping wrestling after only four seasons.

On Episode 508 of the Short Time Wrestling Podcast, KWU head coach Jason Schweer, who'd been on the job less than one year, explains some of what the issues were, why the team struggled with numbers and how the school struggled with stability with three coaches in the first four years of the squad.

What's next for Schweer? Is there any chance to bring back a program that was dropped as a result of a school-wide budget issue? Was the staff given what it needed to be able to recruit and compete?