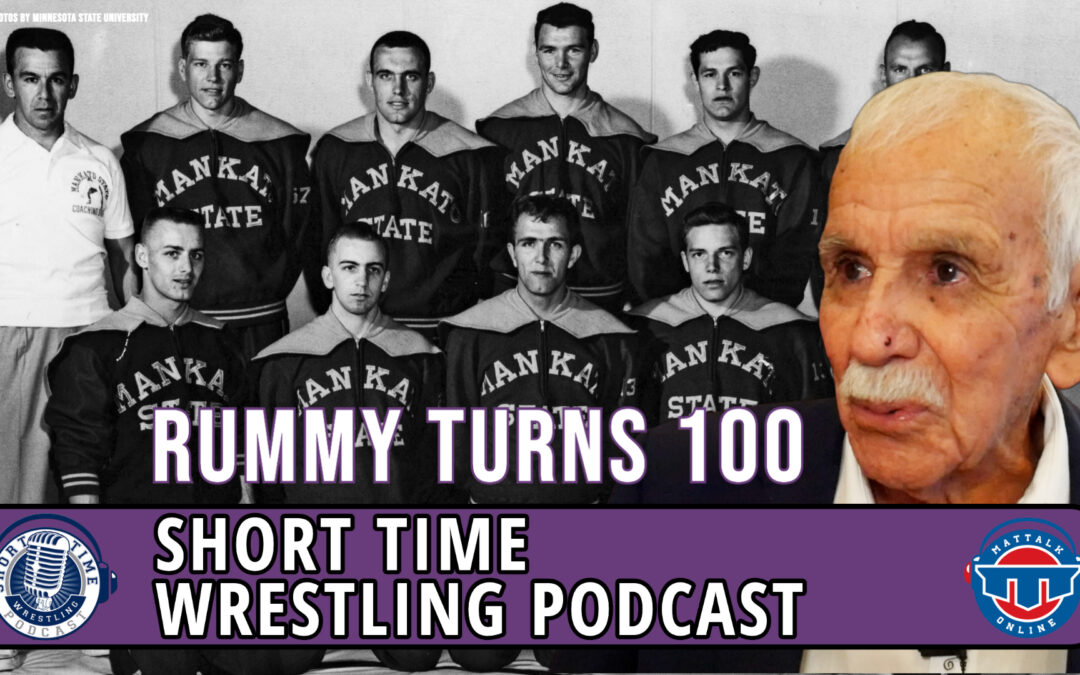 Rometo “Rummy” Macias wrestled at the University of Iowa in the 1940s. A two-time Big Ten champion, Macias finished second at the 1948 NCAA championships before starting the first wrestling team at what’s now known as Minnesota State University in Mankato, Minnesota.

The Minnesota State family celebrated Macias’ birthday on October 17 as the diminutive dynamo celebrated his 100th trip around the sun. In attendance were Mavericks friends, fans and alumni and a number of his former wrestlers. This episode showcases the impact Macias had on the sport of wrestling, not just from a coaching perspective, but from a growth perspective as prior to Macias’ arrival in Minnesota, just over 30 high schools sponsored the sport. It wasn’t long after that over 300 sponsored it. Macias started the program at then Mankato State Teachers College in 1950 and coached there until 1988. He’s one of three coaches in program history.

You’ll hear from former athletes and friends as well as current head coach Jim Makovsky and Macias himself (although the last bit of audio is very hard to hear, so my apologies in advance).

Check out the GearUP campaign I’ve joined on with in conjunction with Beat The Streets National. Check out how you can help outfit kids by going to https://www.mattalkonline.com/gearup. Every $50 donated outfits a needy wrestler with $200 worth of gear. Let’s make sure we don’t lose the next Burroughs, Taylor, Maroulis, Gray or Gardner because they can’t afford to get on the mat.

The World Cup is coming to Iowa City! Check out all the details for the Men’s and Women’s competition December 10-11, 2022 at UWWIowaCity.com