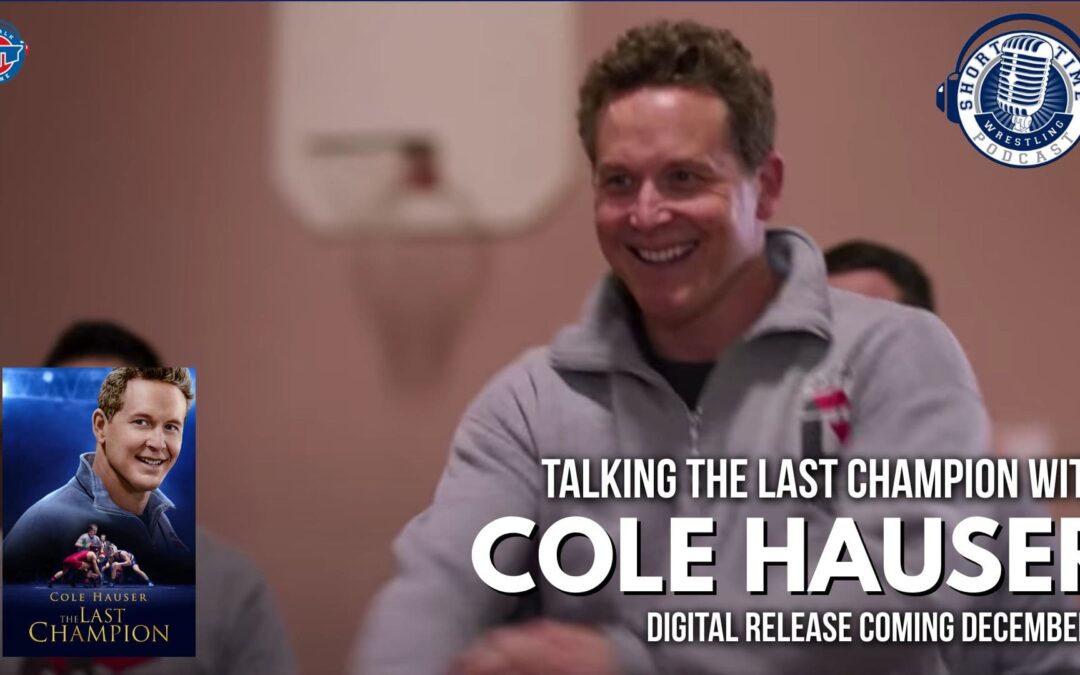 John Wright is a disgraced American wrestler who finds himself back in his hometown with a chance at redemption. Cole Hauser plays Wright as he returns to his hometown and finds himself back near a wrestling mat after years away.   On this episode of the Short Time Wrestling Podcast, Jason Bryant talks with Hauser about the role, the release and production of the film and how he approached taking on a role of a wrestler and wrestling coach for the film.  The film gets released digitally on Apple iTunes, Google Play and Amazon Prime on December 8.

Find out more about the film at http://www.thelastchampion.com/

Pre-order: iTunes | Will be available on Google Play and Amazon Prime

SHORT TIME SHOTS (the scores and such)

Typically Monday is a wasteland for college wrestling results, it’s one reason why when I coordinate the NWCA Division I Coaches Poll, the results go through the previous week’s results that end on Sunday. I tabulate the poll votes on Monday and then release on Tuesday. But this is no regular year. Monday saw a handful of results, including a tri-meet hosted by Thomas More against Lindsey Wilson and Rio Grande, which was making its collegiate wrestling debut. The first time out wasn’t super great for Rio Grande, coached by former Kansas Wesleyan head coach Jason Schweer. Lindsey Wilson ran through the Redstorm (one word) 57-0. The Blue Raiders also blanked Thomas More 48-0. Things weren’t much better for Rio Grande in their second dual of the day as they fell to Thomas More 57-0.

Division II Fairmont State has selected Colin Johnston as its second wrestling coach. Johnston, a Pennsylvania native and alum of West Virginia University, takes over for Chris Freije, who left to become an assistant coach at Lander University in South Carolina. Johnston was previously the head coach at Division III Pitt-Bradford.