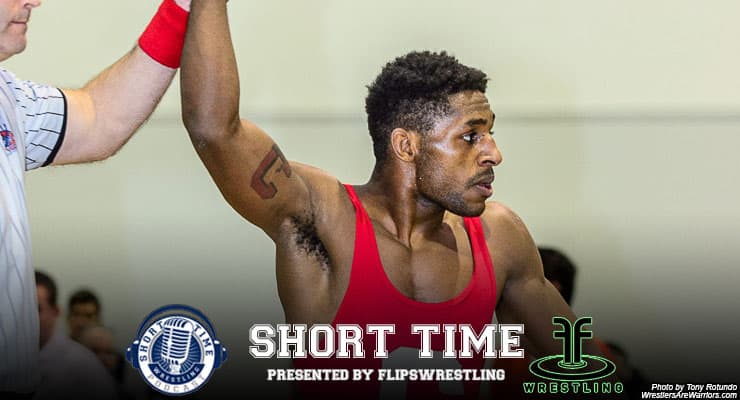 Can you believe Nahshon Garrett wasn't even going to head to college? No, he wasn't planning on not wrestling, he didn't really have plans to go to college at all. On Episode 227 of the Short Time Wrestling Podcast, Garrett talks about his development in wrestling and what ultimately led him to believe he could perform in Division I wrestling.

A native of Chico, Calif., Garrett keeps a pretty even kiel and balances wrestling with time off the mat helping out at church. He's now up at 133 pounds and is loving the sport again after essentially hating every second of it last season as the cut down to 125 started to take its toll.

Garrett breaks down how fun coach Rob Koll can be, what it was like watching Kyle Dake on his journey to college wrestling greatness and simply, how to treat people.

He also talks a little bit about that win over returning NCAA champion Cody Brewer.

Yeah, we weren't going to leave that out.