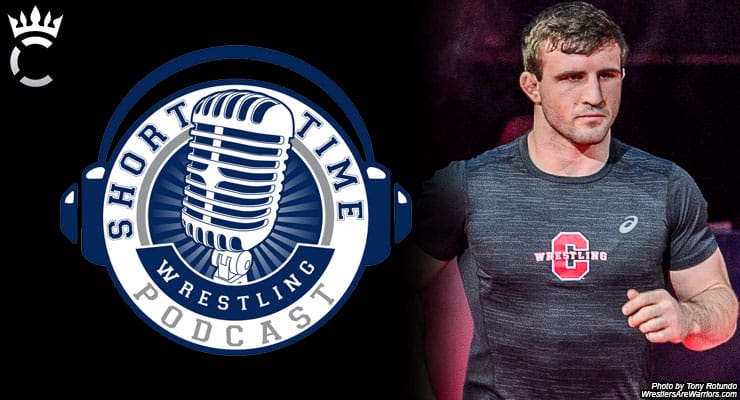 Heading into the 2016-17 season, Cornell's Gabe Dean had already established himself as one of the nation's most dominating wrestlers. With 60 percent of his career victories via bonus coming into this season, Dean set his sights on a third NCAA championship, not necessarily the Dan Hodge Trophy.

On Episode 299 of the Short Time Wrestling Podcast, Dean talks about why he's off to a punishing start, winning the first 13 official matches this season by bonus and that isn't counting his major decision over NCAA champion Myles Martin of Ohio State at the NWCA All-Star Classic.

Dean's path this year is set on destroying hopes and dreams of other 184-pound athletes, but if you ask him, he's just going out there to have fun.

We'll talk to Dean about his career goals, life after wrestling, life after international wrestling, what style he's considering and how he'd wrestle himself.

He also knocks our 10 questions out of the park. We're throwing away the timer.