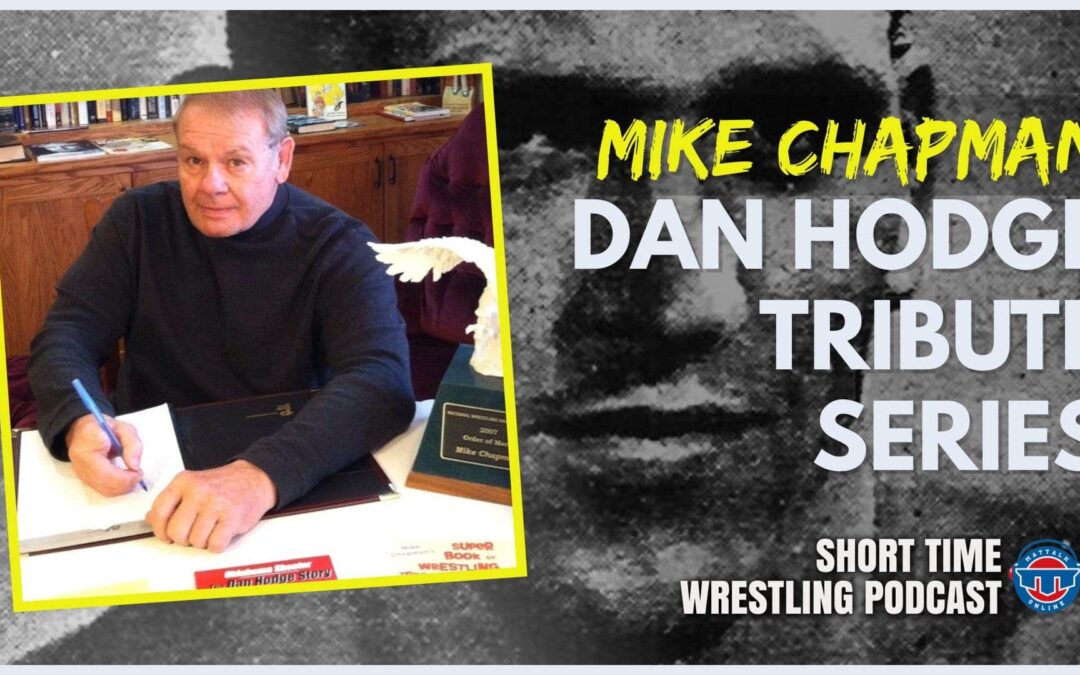 The world lost the legendary Danny Hodge on Christmas Eve 2020 at the age of 88. Thousands were impacted by Hodge, but he made his biggest impact in the world of wrestling – both on the collegiate and international side and the more theatrical side of professional wrestling, commonly called sports entertainment.

Episode 659 of the Short Time Wrestling Podcast launches a miniseries of interviews talking to people about Danny Hodge. The first interview is with noted wrestling journalist and historian Mike Chapman, the inventor of the Dan Hodge Trophy, which is presented to the top collegiate wrestler annually. Chapman will set the table on the life and times of Hodge from his perspective as a newsman and author of four books that featured the powerful Oklahoman. Chapman had a big part in keeping Hodge as a name within collegiate wrestling circles and could talk for hours on the subject.