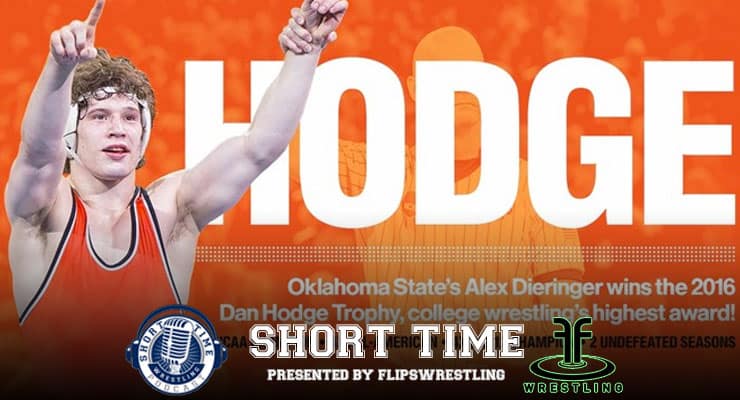 Presented annually by WIN Magazine, the Hodge Trophy recognizes the top collegiate wrestler through a variety of criteria and also includes votes from media, past winners and a fan component. Dieringer became just the second Oklahoma State wrestler to win the award, joining 2005 winner Steve Mocco. Dieringer talks about his first practice in Stillwater and where he stands among the greats at Oklahoma State.

We'll also be joined by Bryan VanKley, Publisher of WIN Magazine to talk about the foundations of the award and this year's race.