Denny McCabe, an original Midlands champion, reflects on the event and his career 53 years later – ST232 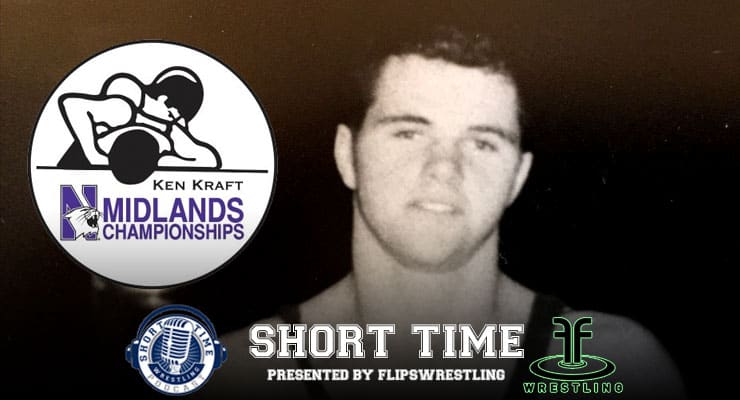 With the 53rd Ken Kraft Midlands set to kick off on December 29, Episode 232 of the Short Time Wrestling Podcast visits with Denny McCabe, one of the original champions from the first event back in 1963.

McCabe won what was then known as the Western Suburban YMCA Open in La Grange, Ill., at 190 pounds. One of four champions from Southern Illinois University (Carbondale), it ended up being the highlight of his collegiate career as injuries kept him from postseason competition.
McCabe, who still remains active in the wrestling discussions to this day as “Denny” on TheMat.com forums, goes back in time to talk about the Chicagoland wrestling scene back then and how cool it was to have a holiday event so close for home.

McCabe also breaks down his international career in the Armed Forces and working with his college teammate, World and Olympic Team member Larry Kristoff.