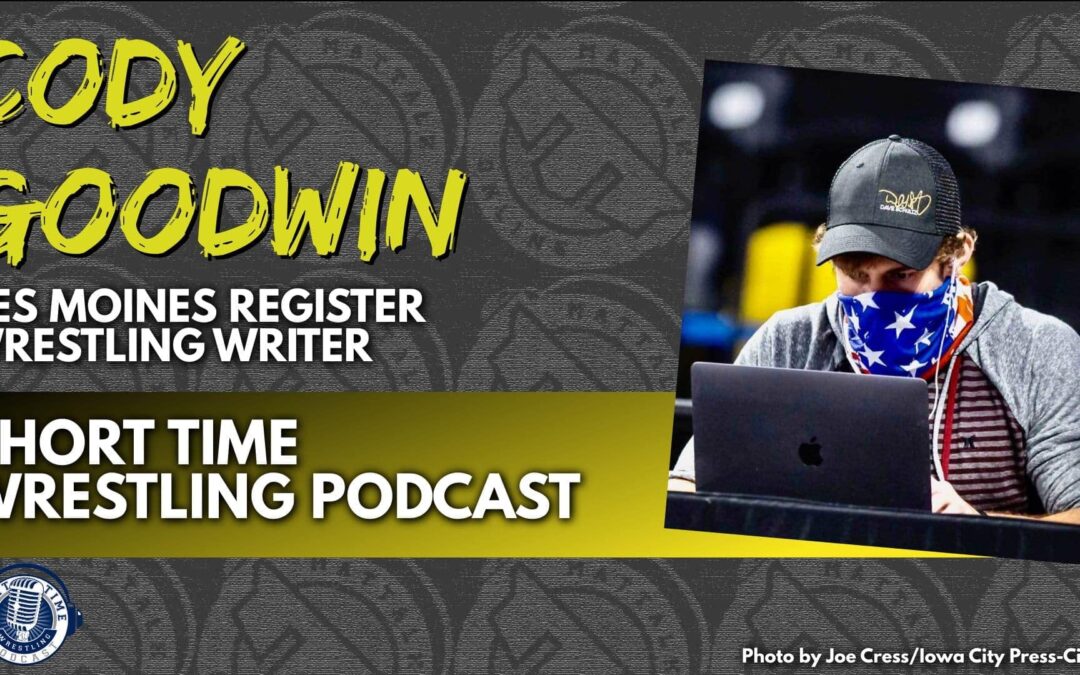 There’s been a long time between the time I spoke with Cody Goodwin of The Des Moines Register for International Podcast Day. We’d just finished up with the Night of Conflict out in Sioux City, Iowa and were conversing about the state of wrestling coverage. Part of that wrestling coverage discussion is here on Episode 644 of Short Time where the 2019 NWMA National Wrestling Journalist of the Year talks about his foray into podcasting with In The Room, how he talked his bosses at the paper into starting one and how he’s used the medium to cover angles that don’t often get the space in the paper.

You can listen to In The Room wherever podcasts are found (or by clicking here).

I went almost two and a half hours on Saturday night as what was supposed to be Burroughs-Taylor turned into Adeline-Tamyra. To be balanced, it would be Gray-Mensah-Stock, but that’s too many hyphens to write out cleanly. What did I go two and a half hours with? Watchin’ Wrestling. This was the idea when I built the Speakeasy and I want to thank Bryan Hazard, Tony Rotundo, Zach Bogle, J.P. Pearson, Dysen Gould, Earl Smith, Jeremy Lanthorn and Austin Early for joining in the discussion. We sat around, had some beverages (not Dysen) and watched the wrestling and talked about it. It’s what I’ve always wanted to do with this studio.

Burroughs and Taylor will face off on January 13 on Flowrestling as Taylor had some contact tracing that forced him to delay. Speaking of Burroughs, he was on The Joe Rogan Experience, which is a Spotify exclusive, for a while. I’m still trying to finish it because it was a long episode, but so far, we as a sport are better because we have such great ambassadors like Jordan Burroughs.

The NWCA released the new Top 25 today and Illinois and Michigan State entered the Top 25, giving the Big Ten 12 teams ranked in the Top 25 for the first time in history. Michigan State started out the year ranked at No. 21, but dropped out after a week. The Spartans popped back in and prior to the preseason ranking two weeks ago, the last time a wrestling team based in East Lansing was ranked on the college mats was 2009. Northern Colorado moved up to No. 23. Bear down.

Also, checked the mail today and got some socks and a t-shirt from Dr. Joe Parisi, an administrator at Central Methodist University and former head wrestling coach at Lindenwood. Also in the mail was the sweatshirt I got from contributing to San Francisco State University. Hat tip to Jason Welch. Too bad the Gators aren’t wrestling this year.