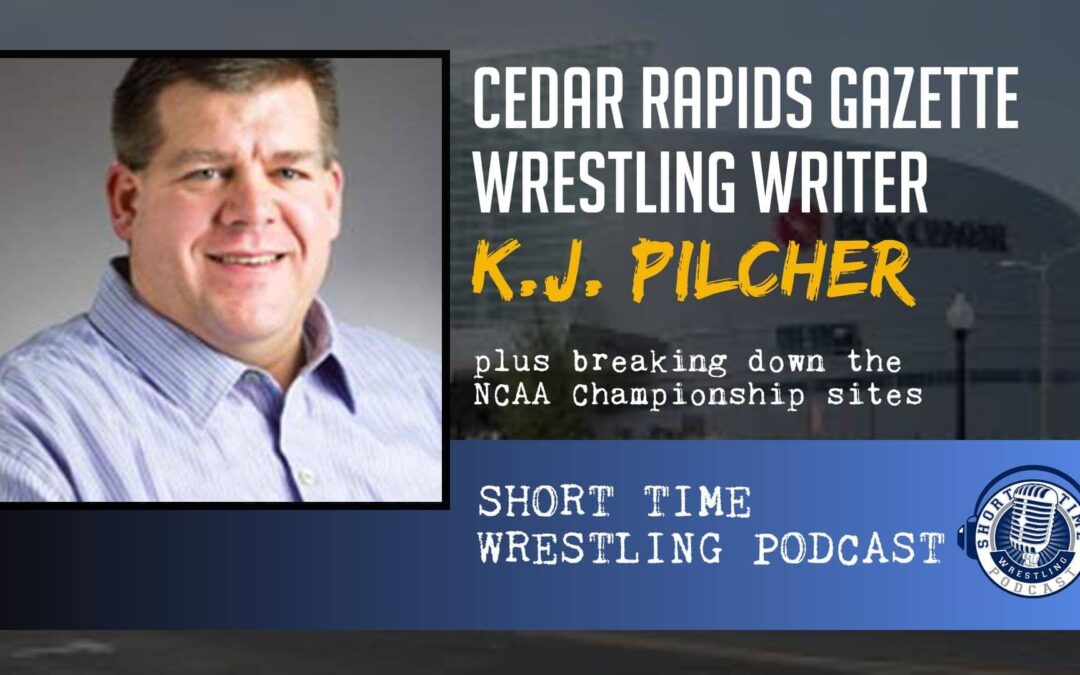 Pilcher is an Iowa native who followed his brother to wrestle at Buena Vista University in Storm Lake, Iowa. Getting into journalism, Pilcher has one of the most strenuous beats in all of wrestling – covering the Iowa high school and college scene in the wrestling-crazed state. Pilcher breaks down how Pinning Combination, his wrestling podcast, works with the coverage ideals of his paper and his co-hosts, Dick Briggs and Wyatt Schultz.

Host Jason Bryant kicks off the show addressing the drop of Fresno State wrestling for a second time as the school also cut women’s lacrosse and men’s tennis. Then our trusty host (that’s me by the way) will give an overview of his position of the recent sites selected by the NCAA to host the wrestling championships in all three NCAA divisions from 2023-2026. You can get a full read of that story if you’re a Rokfin subscriber or a team member via the Mat Talk Online patreon page. Links below.

The Short Time Time Wrestling Podcast is proudly supported by