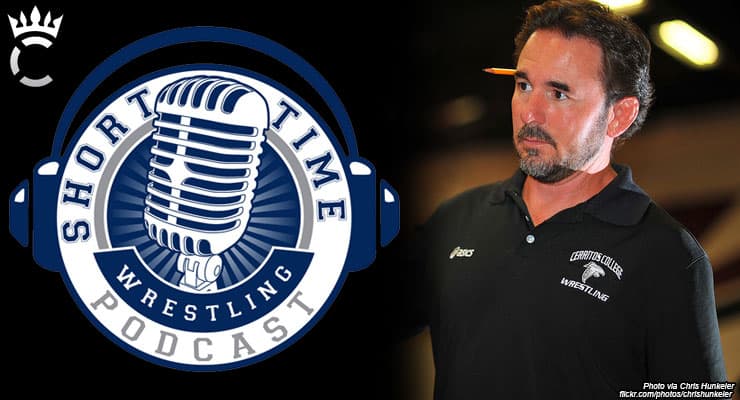 College wrestling is up and kicking out in California. On Episode 285 of the Short Time Wrestling Podcast, we venture out to Southern California to talk with Cerritos College head coach Don Garriott.

Cerritos is off to a hot start this season, winning a tournament title at the West Hills Invitational and running its early-season dual record to 8-0. Garriott, a two-time California placewinner in his day at El Camino College, has been at the helm of the Falcons program for the last 11 years. A Division II All-American at Chico State, his coaching stints have taken him to several junior colleges and high schools in Southern California.

Garriott talks about the level of competition in the wrestling league that competes in the fall, as well as coaching Tito Ortiz in college and putting wrestlers into four-year colleges after they finish up their two years at Cerritos.